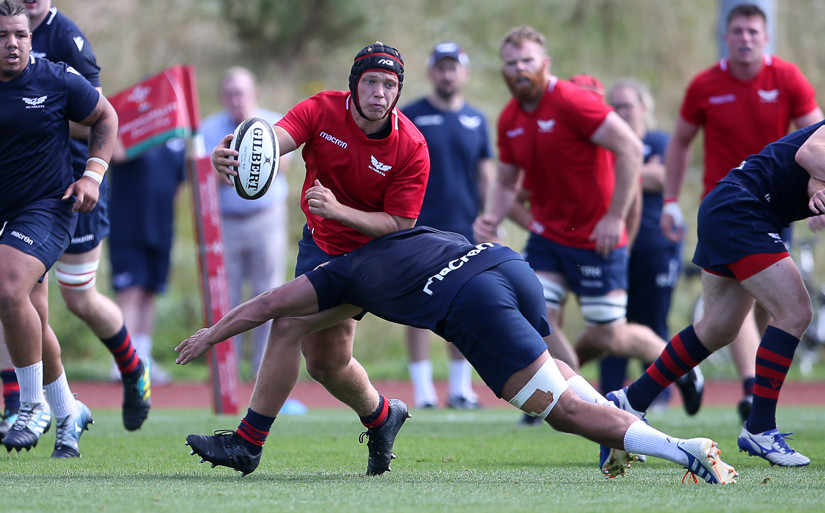 Hooker Taylor Davies will make his first Guinness PRO14 start as Scarlets look to continue their unbeaten opening to the season against Zebre at Parc y Scarlets on Saturday (3pm kick-off).

Davies is another home-grown player who has come through the Scarlets’ development system.

His previous eight appearances in the competition have been as a replacement.

The 24-year-old is one of three changes to the starting XV that took the field against Glasgow Warriors at Scotstoun last time out.

Springbok Juandre Kruger, recently signed on a short-term deal, is set for his Scarlets debut and is named in the second row alongside Lewis Rawlins.

The other switch comes behind the scrum with Ryan Conbeer returning to the side on the right wing.

With Davies named at hooker, Marc Jones drops down to the bench, while Jonathan Evans replaces Dane Blacker as scrum-half cover.

Scarlets head coach Brad Mooar said: “It has been a great start, and we are very aware it is just that, a start and no point looking back – we must look forward.

“Zebre are a dangerous side who like to attack and bring physicality in the close quarters. They have plenty to play for. After two defeats from their opening two matches, Zebre will be wanting to get their season started and what better opportunity than to have a crack at the Scarlets in Llanelli and write their own slice of history.

“So for us, this week has been about getting our mindset and preparation spot on to make sure we perform to a level that we expect of ourselves and that our fans expect of us as well.”