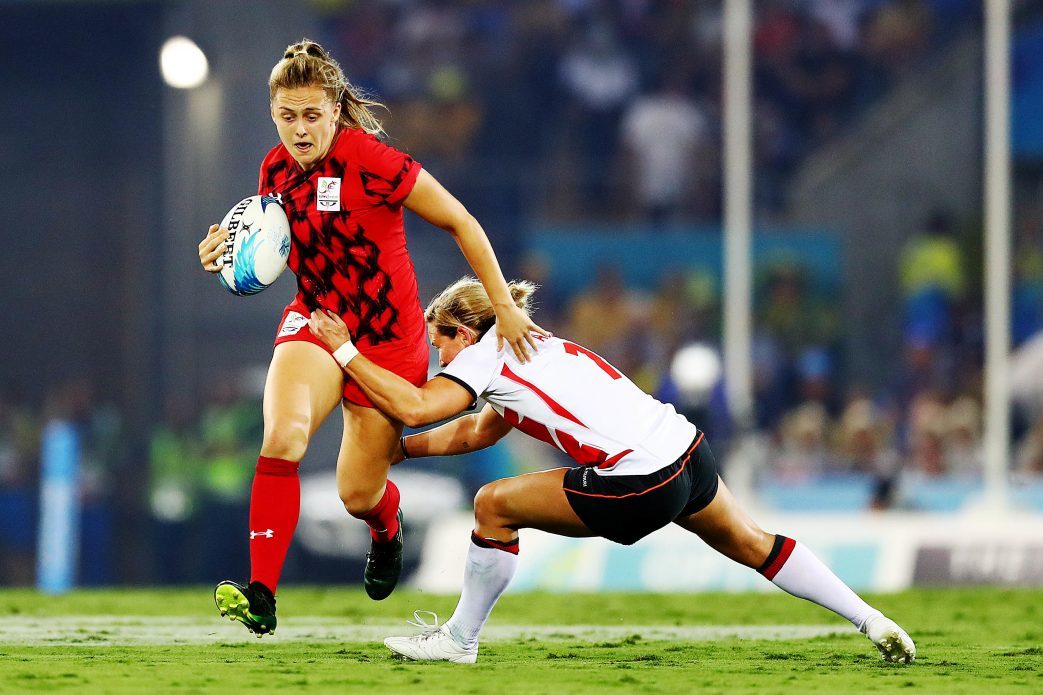 Both players were part of Wales’ Commonwealth Games squad last year and were key figures in this season’s Women’s Six Nations. Olympian Joyce has also starred for the Barbarians in their recent fixtures against USA and England.

They are joined by regional team-mates Alisha Butchers and Alex Callender in the squad.

Bethan Lewis is the other member of the Rugby Europe squad to have competed at the Commonwealth Games while Dyddgu Hywel, Butchers and Keira Bevan are also very experienced sevens players. Callender played in Rugby Europe last season while this will be the first senior international tournament for the other six players.

Co-captain Jones said: “We’ve prepared really well for these tournaments with squad and personal training programmes, preparation camps and events. Fitness is key in sevens. We’re pleased where we are in that regard and we know we’re capable of finishing in the top eight if we perform well.

“We have a great bunch of girls, a mix of experienced players like Dyddgu coming back into the programme who brings a great skill-set and new, young players like Courtney who’s brought a real energy to the group.”

Wales’ opponents on Saturday are Belgium, France and Netherlands but coach Jonathan Hooper believes the squad needs to concentrate on their own performances.

“Each of our opponents on day one will provide different challenges and opportunities,” he said. “We are taking a game-by-game approach but if we express ourselves and play to our potential, we are certainly capable of producing positive results.”