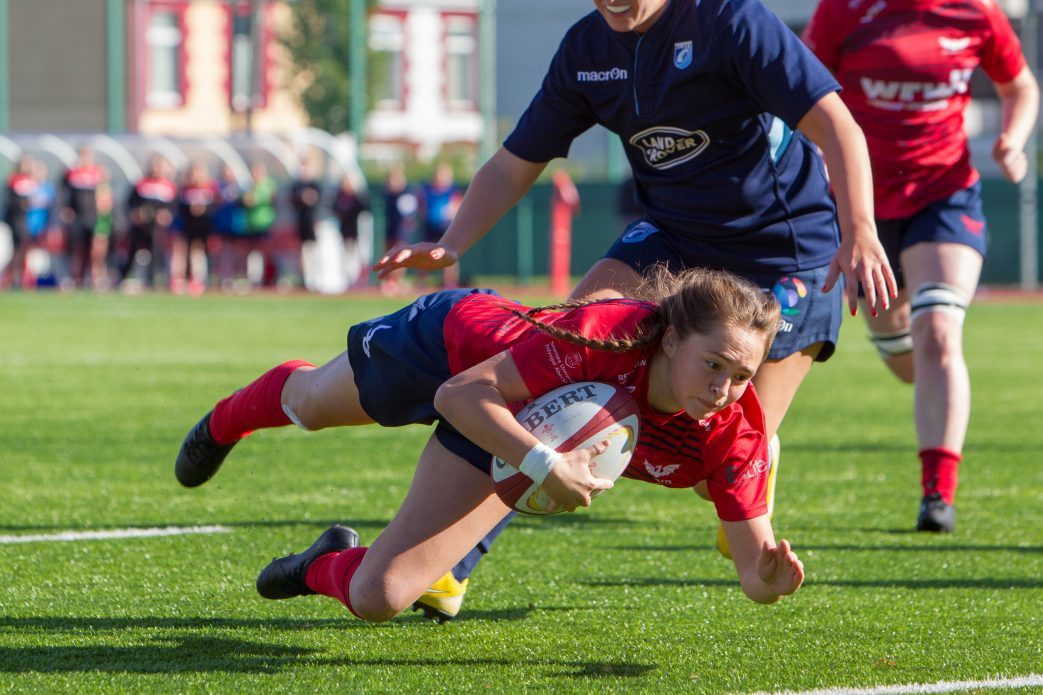 The Scarlets Ladies ultimately paid the price against The Blues Ladies for a lacklustre first half performance in this Womens regional round 2 championship clash played at Ystrad Mynach last Sunday.While the Scarlets may have been off form, the exact opposite can be said of their capital rivals and a vintage performance from winger Rafike Taylor who registered a  hat trick of tries in a devastating 20 minute  salvo midway through the half. Wales outside half Robyn Wilkins converting one of those tries to give the Blues a 17-0 half time lead.The West Wales team shrugged off the malaise which held them back in the first portion of the game and launched into the Blues with renewed vigour. Two tries for the impressive young Scarlets winger, Caitlin Lewis brought the Scarlets right back into the game. The Scarlets tied the scores thanks to international flanker, Nia Elen Davies who was on hand to round of a flowing move to score near the posts. Jodie Evans adding the extra points. The Scarlets kept on the front foot and when a penalty was awarded at the breakdown, Aegean’s stepped up to cooly strike the ball between the uprights to give the West Walian team the lead with barley 8 minutes left on the clock. The Scarlets failed to secure the ball from the restart and this gave the excellent Blues one final opportunity. Some great work from replacement scrum half, Joanne Jones saw the ball move along the line finally reaching full back Angharad de Smet, who cut a great angle to slice through the Reds defence and score under the post, Wilkins adding the extras and inso doing giving her team an excellent 24-17 victory. Credit must be given to both teams for delivering an outstanding game of rugby and a great advert for the new look regional championship.