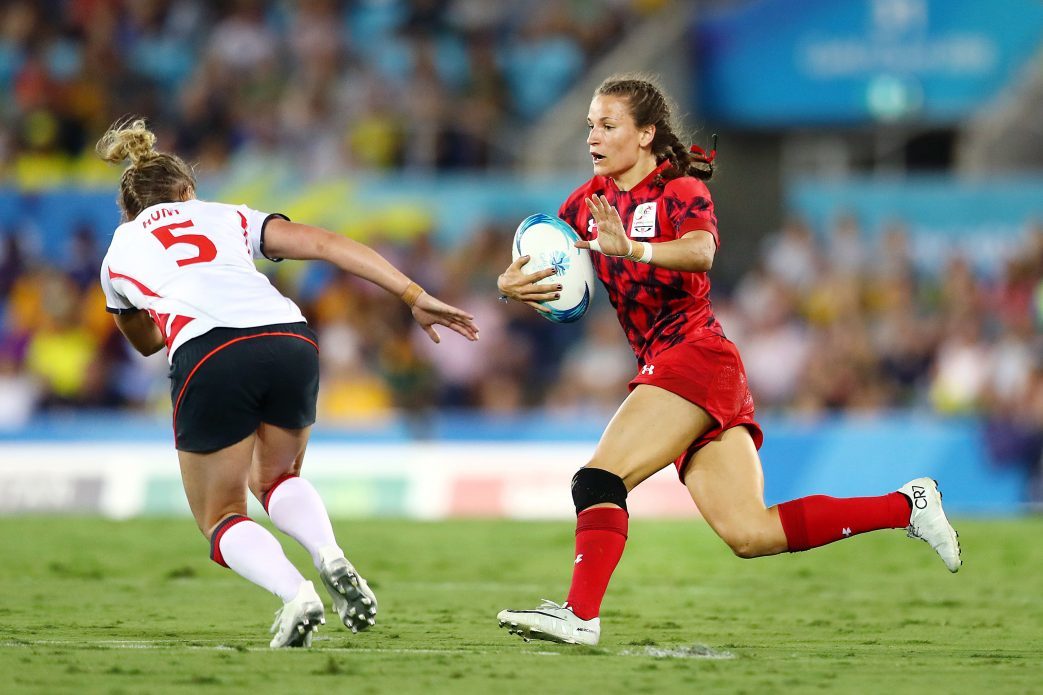 The Scarlets Ladies got off to a winning start in this season’s Womens regional championship thanks to 2 tries from Wales flyer Jasmine Joyce.

The game held at Sardis Road, Pontypridd on Sunday was a hard fought affair that went right to the wire.

Joyce, playing at fullback opened the scoring form the Scarlets when she scythed through the RGC defensive line and out paced the cover defence in her 60m run to the line to score under the post. Outside half Lleucu George adding the extras. Ten minutes later she repeated the feat as she broke several tackles to cross the line wide out to give the Scarlets a 12-0 lead as this time George pulled her kick wide of the upright.

The Powerful running of the North Walian pack began to pay dividends as the half wore on, and  RGC were duly rewarded when a smart blind side move saw the ball reach fullback Jess Kavanagh who showed outstanding pace and strength to ground the ball under the posts.

RGC maintained they forward momentum from the off. The Powerful running of Teleri davies and Gwenllian Prys kept them on the front foot, and their territorial dominance paid dividends when from a quickly taken tap penalty, Wales prop Prys crashed over the line taken several defenders with her to bring her team within 2 points of their opponents. Outside half Iona Evans held her nerve to tie the scores at 12-12 with barely 10 minutes of the game remaining.

With the game seemingly destined for a draw, the Scarlets Ladies had one more opportunity to secure the victory when the RGC Pack were penalised at the scrum in their own 22. Young outside half Lleucu George stepped up showed a cool head to slot the penalty and secure a hard fought win for the team from West Wales.