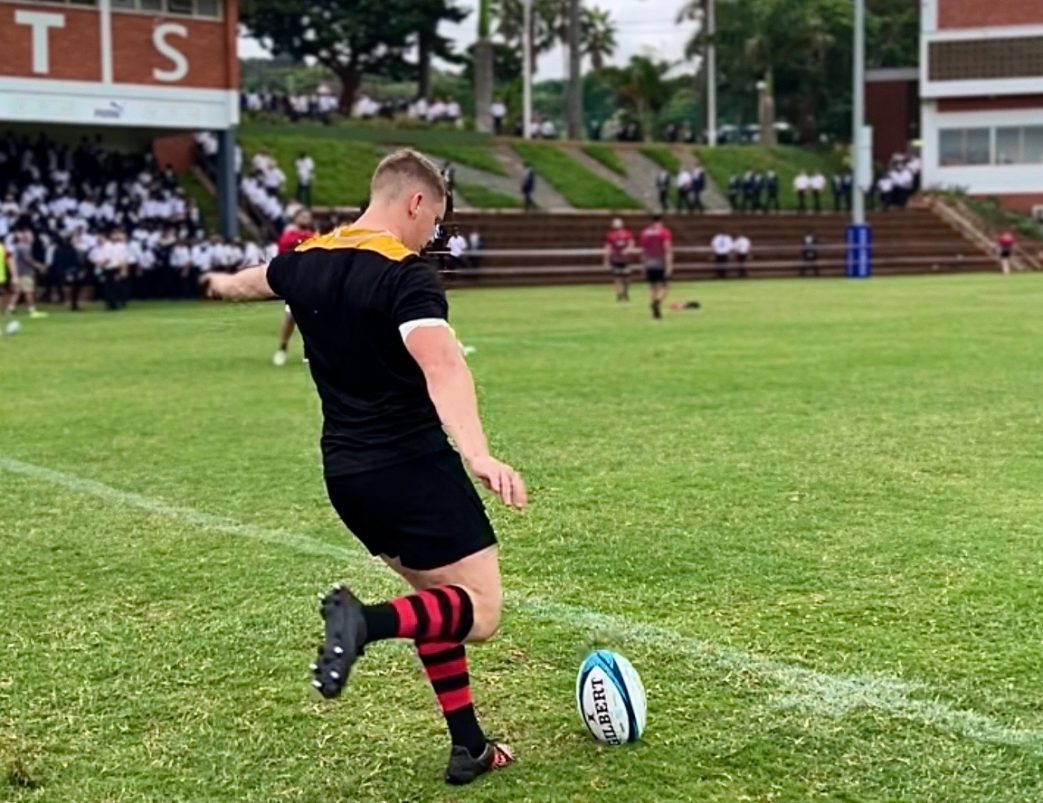 Scarlets arrived in Durban on Monday afternoon with head coach Dwayne Peel urging his side to build on Saturday’s impressive bonus-point victory over Glasgow Warriors.

Just a day after the five-try 35-10 victory at Parc y Scarlets, the squad were heading to Heathrow Airport to fly out to South Africa for the rescheduled matches against the Cell C Sharks and Vodacom Bulls.

First up,  Scarlets meet the in-form Sharks at the Hollywoodbets Kings Park Stadium on Friday evening (5.10pm UK time) and Peel is relishing the opportunity to take on a side stacked with Springbok internationals.

“We have an opportunity to go up against a class side in a world-renowned stadium, it is great for our boys,” said Peel.

“We have got some young guys travelling, the likes of Joe Roberts, so for people like him to go up against world-renowned stars is great. I am looking forward to it. Look, the task and magnitude of the games is huge, there are some big units in both the Sharks and Bulls sides. We have prepped well and are looking forward to it and also looking forward to spending some time together on tour.”

Reflecting on the five-try win over Glasgow, Peel added: “We absorbed a lot of pressure in that first half, Glasgow played very well and were physical. For us, it was important that we changed the way we were playing, we didn’t really give the ball to the backs at all in the first 20 minutes and our first-up tackling was poor. The tries either side of half-time were huge for us and we saw flashes of how we want to play in that second half.

“That first 20 was a test for us, we were coming off the back of four defeats, in terms of confidence for the boys that is big. It justifies some of the work we have been doing on the training ground and in terms of togetherness. There were some good elements in there and we have to grow that. The boys looked like they were enjoying themselves at the end and that is what it is all about.”

Asked what he said at half-time, Peel added: “It wasn’t about saying anything, we just had to change our approach a bit. We were missing some first-up tackles and using the forwards too much, not really releasing our backs. The try at half-time was great for us, it was about sticking to the plan, knowing what we were doing and if we did that we would come out on top. As I said, we managed to absorb that pressure from Glasgow and that is what the game is about. If you want to be a top team you have to absorb that pressure and come back.

“Our backs looked dangerous. Patch went well, Scotty was very good and it was good to see Johnny Williams getting back to form, Our back three was full of running and full of energy as well. The platform was laid up front. Sam Lousi has been leading the line-out and there were some unbelievable takes – Glasgow have got some big men in there.

“One player who also stood out for me was Dan Davis. He hasn’t played since the Munster game in October, he made that second try with some brilliant feet. I thought he was excellent, it was good to have him back and Tomas Lezana should be following this week.”

There was also a standout display from international scrum-half Gareth Davies, who was released from Wales’s Six Nations camp for the match.

“I was delighted with Gar,” added Peel. “He was knocking the door down to play, he hasn’t had much game-time this year, coming back from the Lions tour, he didn’t have much game-time in the autumn and hasn’t played much this campaign. He came back to us and was full of energy and had a great attitude around playing for the Scarlets. I thought he played excellently, he looked sharp. I was chuffed he came back with that fantastic attitude of wanting to wear the shirt and wanting to play.”