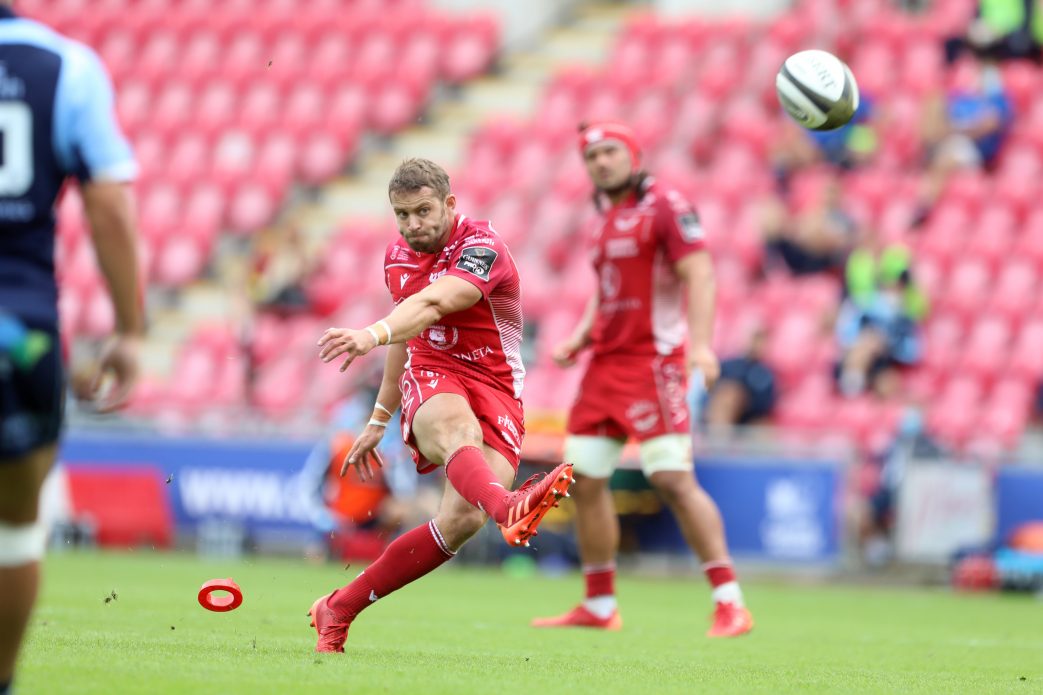 Both summer signings are included in a side showing five changes to the line-up that took the field against the Dragons in the Scarlets last match of the Guinness PRO14 season.

Wales and British & Irish Lions full-back Leigh Halfpenny returns to face his former side, linking up with Johnny McNicholl and Steff Evans in an all-international back three.

Williams and Steff Hughes continue their midfield combination, while Wales scrum-half Gareth Davies has recovered from injury to partner Dan Jones at half-back.

Skipper Ken Owens, Wyn Jones and Samson Lee pack down in the front row and behind them Tongan international Sam Lousi starts at lock alongside Jake Ball.

In a reshuffled back-row, the PRO14’s turnover king Josh Macleod gets the nod at openside;  Kalamafoni, who featured for Leicester Tigers in the pool stages of the tournament, wears the No. 8 jersey and Scotland international Blade Thomson has recovered from an Achilles issue to start at blindside.

On the bench, Ryan Elias, Phil Price and Javan Sebastian provide front-row cover with Lewis Rawlins and James Davies the other forward replacements. Kieran Hardy, Angus O’Brien and Tyler Morgan cover the backs. Morgan is set to make his first Scarlets appearance since joining from the Dragons.

The Scarlets and Toulon faced each other twice during the pool stages. A last-gasp converted try grabbed a 17-16 victory for the French side in November. The three-times European champions then claimed a crucial 27-15 win at Parc y Scarlets in January to ensure they topped the group.

Head coach Glenn Delaney said: “It is a final for us. If you win three finals in a row you win a trophy. We are that far away from achieving the objective we all set out upon 12 to 13 months ago. It would be lovely to finish it off the right way. Whenever you get the opportunity to play for a trophy you have got to be very respectful and take it deadly serious, which is exactly what our boys have been doing.”