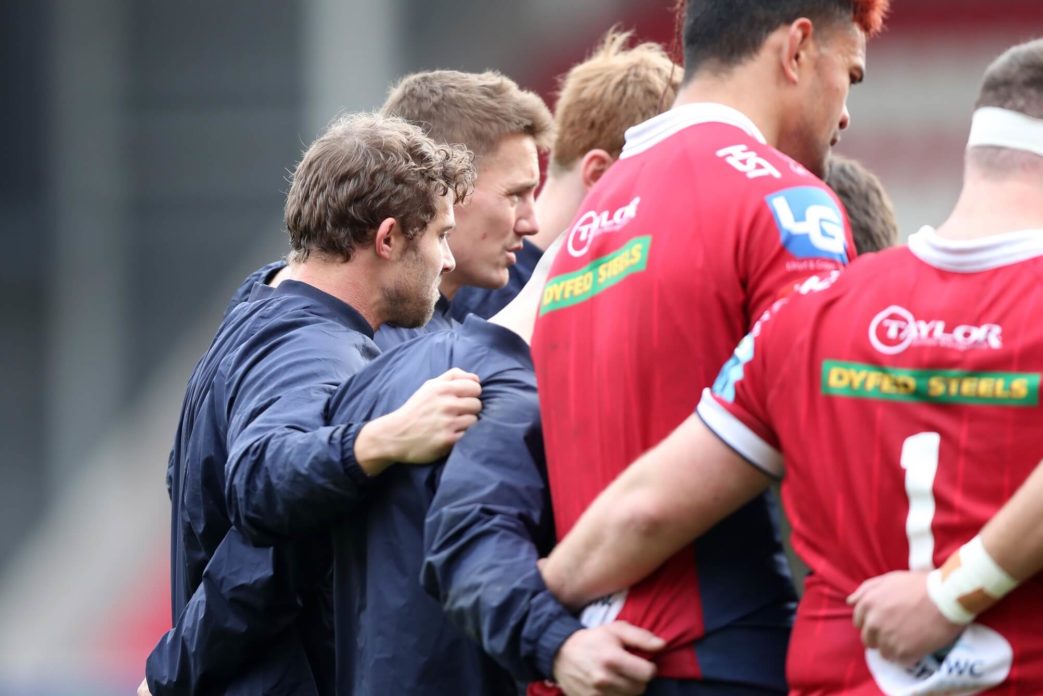 Scarlets have made four changes to their starting line-up for Saturday’s BKT United Rugby Championship round 12 clash with Cardiff Rugby at the Arms Park (17:15; Viaplay).

The West Walians will be led by club captain Jonathan Davies, who returns to the side in place of the injured Scott Williams.

Williams suffered a hamstring injury in the win over the Dragons on New Year’s Day.

That midfield reshuffle is the lone change to the back division that started against the Dragons.

Up front, Steff Thomas and Javan Sebastian pack down alongside Ken Owens in the front row. Thomas comes in for Kemsley Mathias who drops to the bench with Sebastian replacing WillGriff John. John picked up a knee issue against the Dragons.

Vaea Fifita and Sam Lousi continue in the second row, while in the back row Carwyn Tuipulotu comes in for his first Scarlets start of the season in place of the suspended Sione Kalamafoni.

On the bench, Tomás Lezana returns following his suspension, while the fit-again Gareth Davies and Ioan Nicholas are named amongst the backline cover.

Scarlets defence coach Gareth Williams said: “Cardiff have been excellent since they won here in a closely-contested game earlier in the season. They move the ball really well and have threats around the 8, 9,10 channel which opens their game up. We are excited to meet that challenge at the Arms Park.”

Unavailable because of injury and suspension