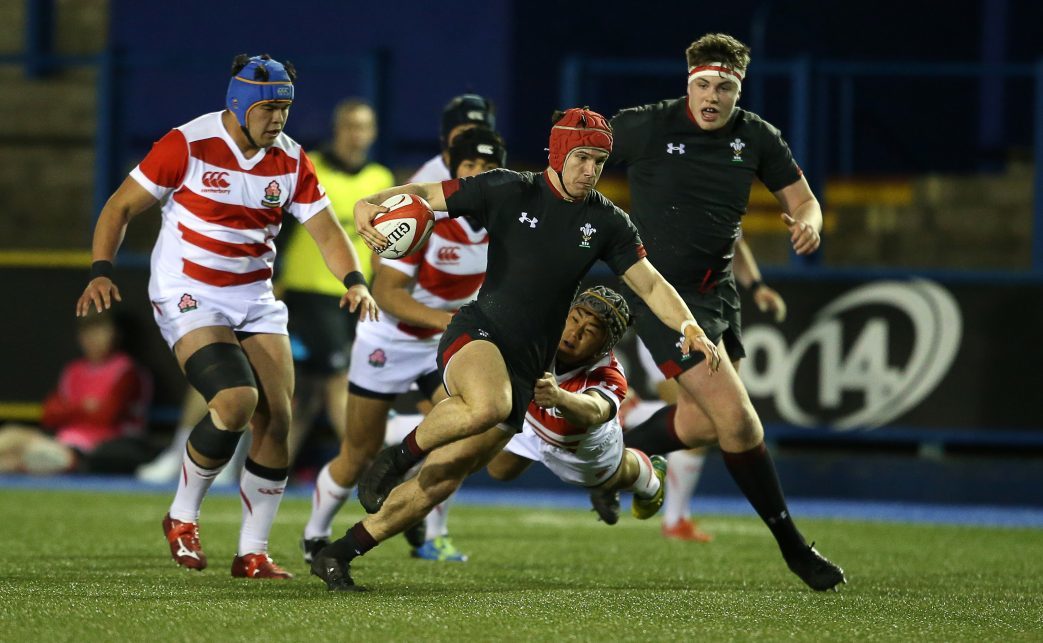 Scarlets backs Harri Doel and Dean James were on the scoresheet as Wales Under-19s hung on to claim a thrilling 31-29 victory over Japan High Schools at Cardiff Arms Park.

Wales led 26-12 at the break thanks to tries from prop Luke Yendle, wing Doel and flanker Gwilym Bradley, but the Japanese side threw caution to the wind in the second half and entertained the crowd with some stunning running rugby to score three tries.

Unfortunately for the visitors, they ran out of time and were left visibly dejected with a second successive defeat, but in fly-half Mikiya Takamoto and centre Polomea Kata Finau, they possess two players who are destined for higher honours.

In the opening quarter Wales were scoring a point a minute with touchdowns by the hard-working Yendle and fleet-footed Doel with Josh Thomas converting both tries.

Finau then illustrated his power with a powerful run, off-loading deftly to second row Ryuki Hoshino who dived over before Wales responded when full-back James darted over.

Japan showed plenty of patience to work captain Seung Sin Lee over but Wales had the final say in a breathless first period when Bradley went over.

The Welsh defence were stretched continuously by the rapid Japanese side and it was no surprise when Finau used all his strength to power over.

Winger Leo Gilliland showed dexterity to score in the corner to put Wales 31-17 in front with 10 minutes remaining.

The visitors then threw everything at Wales, running the ball out from underneath their own posts. Hibiki Yamada finished off one length-of-the-field effort with Kanji Futamura scorching over in the corner for another long-range try.

Despite a quickly-taken conversion dropping over the bar, referee Chris Busby blew time on Japan’s comeback with Wales glad to hear the full-time whistle.