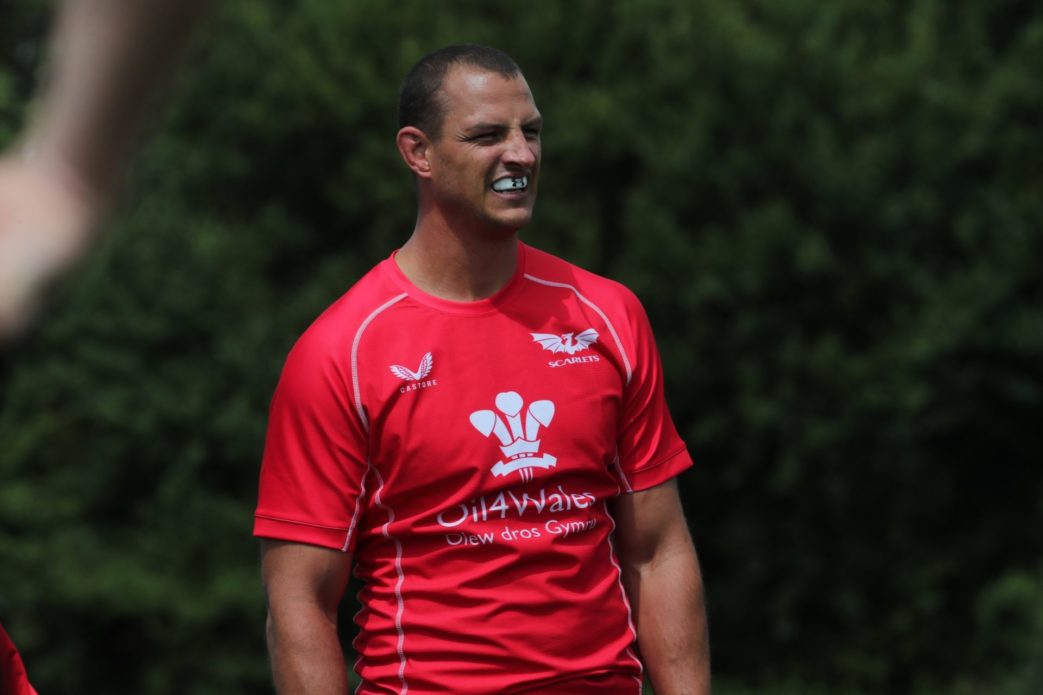 Tom Rogers and Aaron Shingler return from injury to take their place in the Scarlets starting XV to face Leinster in round seven of the BKT United Rugby Championship at Parc y Scarlets on Friday evening (19:35; BBC Wales & Premier Sports).

Rogers has recovered from a hamstring issue and comes in on the right wing, while experienced international back-rower Shingler plays his first match of the campaign following a knee problem. They are two of five changes to the side that took the field in Galway last weekend.

Rogers is joined in the back three by Johnny McNicholl and Ryan Conbeer, who will run out for his 50th Scarlets appearance.

Steff Evans continues in midfield alongside skipper Jonathan Davies, while Dan Jones gets the nod at fly-half. He partners Wales and Lions scrum-half Gareth Davies, who returns to the side after missing the Connacht match.

The only change in the front five comes at hooker with Daf Hughes coming in for Ken Owens — one of seven players unavailable because of Wales duty. Hughes slots in between Steff Thomas and Harri O’Connor in the front row, with Jac and Tom Price again named at lock.

The other change comes at blindside flanker with Shingler replacing Macleod. The on-loan Dan Thomas, who impressed on his return to Scarlets colours in Galway, continues at openside, while the competition’s leading carrier, Sione Kalamafoni, starts at eight.

On the bench, 19-year-old Archie Hughes comes in to provide scrum-half cover.

Scarlets head coach Dwayne Peel said: “We understand what is coming here. We know Leinster are a quality outfit and have strength in depth. They are well coached and well drilled. It’s going to be a big challenge for us, but we are confident we can get amongst them and try and upset them.”

Unavailable because of international commitments