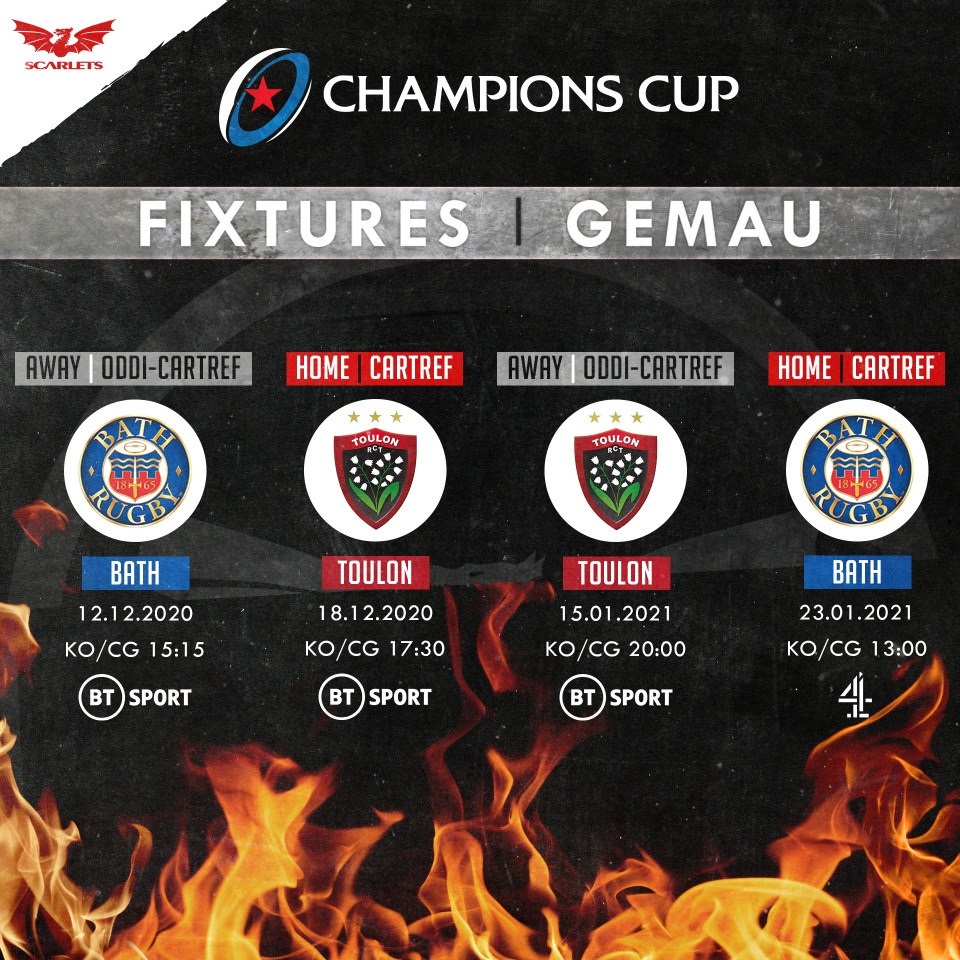 Scarlets will open their Heineken European Champions Cup campaign away to Bath on Saturday, December 12.

The fixtures and kick-off times of the four pool stages matches in December and January have been confirmed by tournament organisers.

We head to The Rec on Saturday, December 12 in round one for a 3.15pm kick-off before hosting familiar foes Toulon the following Friday (December 18) at Parc y Scarlets (5.30pm).

A trip to the south of France awaits in round three before Bath head west to Llanelli in round four on Saturday, January 23.

The television coverage in the United Kingdom and Ireland of this season’s expanded Heineken Champions Cup continues to be led by BT Sport who will once again broadcast every match live. The 24-club competition, featuring nine previous winners with 19 titles between them, will also be available on a free-to-air basis with one key match per round on Channel 4 and Virgin Media.