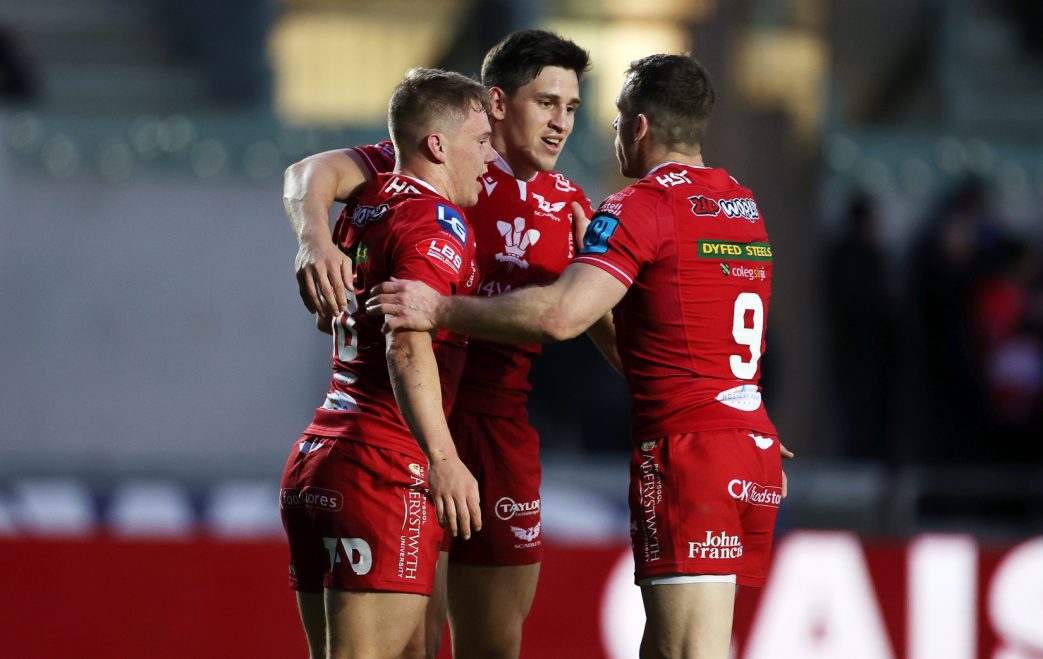 The two sides meet again at the Arms Park next Saturday afternoon with the Scarlets looking to complete the double following their commanding bonus-point triumph in Llanelli.

“The performance was pleasing, intensity-wise we were good, we had a good platform up front, the scrum and line-out maul was strong, we had some good inroads there which fed our game and there were some good performances from key individuals,” said head coach Dwayne Peel.

“The nature of these couple of weeks is really exciting. I’m sure there’ll be a warm welcome in Cardiff next week and it will be a different game. We spoke in the changing room afterwards; we are delighted with the win, but come Monday there will be a fresh challenge for next Saturday.

“It is a good challenge for us, when something like that happens there will be a reaction for next week.”

The win has lifted the Scarlets to 10th in the URC standings with games in hand on a number of their play-off rivals.

The West Walians have also leapfrogged the Ospreys to go top of the Welsh Shield, which determines Champions Cup qualification for next season.

Peel added: “We have spoken as a group, we want to go as high as we can. The play-offs aren’t out of sight. We know we have to be really diligent in our prep and win the majority of our games, if not all of them. It is an exciting run-in for us and the Welsh derbies add a bit more spice. We are going to give it our best shot.”

Peel paid tribute to player of the match Johnny McNicholl who delivered an outstanding two-try display in his 100th Scarlets appearance.

He added: “Johnny was obviously pumped for this game. He is a guy who epitomises the Scarlets in terms of his mindset to go and attack. He is someone that leads, a good character in the dressing room and a  straight talker. What you see is what you get with him. I am delighted he has had 100 caps.

“He has only been here five seasons, that’s 20 games a year which shows his level  of consistency. When you bring imports in you want them to have an impact, for him to produce the high level of performances he does week-in, week-out, I can’t speak highly enough of him from my time here. With Johnny and Scotty you have two guys who wear their heart on their sleeve and represent the shirt very well.”

Scarlets will this week assess a shoulder injury to centre Scott Williams, who left the field just before half-time. Replacement fly-half Dan Jones was also helped off in the closing exchanges.