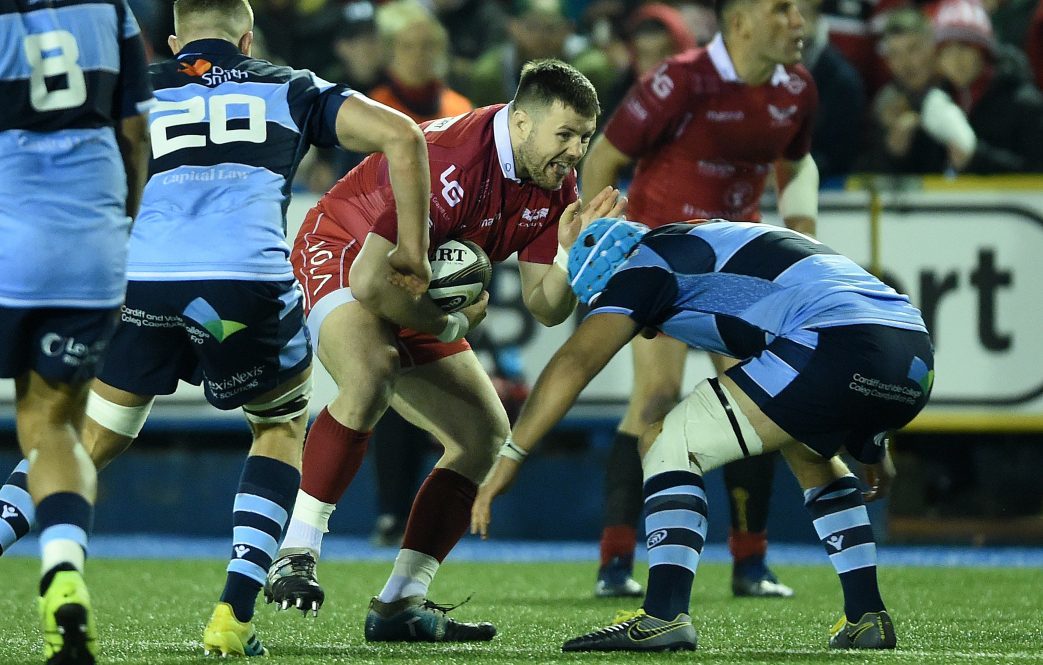 The Scarlets were punished for a lacklustre opening 40 minutes as their Guinness PRO14 play-off hopes took a heavy blow in a 41-17 defeat to Cardiff Blues at the Arms Park.

The home side dominated a one-sided first half, running in five tries without answer to lead 38-0 at the break.

The Scarlets were vastly improved in the second period, scoring three tries of their own, but the damage had already been done.

With three matches of the regular season remaining, Wayne Pivac’s side have dropped to fifth in the Conference B table.

However, Benetton’s loss to Connacht in Galway means three wins from home matches against Edinburgh and Zebre and the Judgement Day clash against the Dragons could still be enough for the 2017 champions to secure a top-three spot.

There were 15 of Wales’ Six Nations squad on display at the Arms Park, seven in the home ranks and eight with the Scarlets.

But for one of those Grand Slam heroes, Josh Navidi, it was a brief outing,  with the flanker suffering an elbow injury in the opening minutes.

It didn’t seem to affect the hosts, though, as they raced into a 17-0 lead.

Gareth Anscombe maintained his impressive form with the boot to land an early penalty, then the Blues’ high-tempo game was rewarded with an opening try from wing Owen Lane.

Anscombe converted and was lining up another two-pointer moments later after the lively Jarrod Evans had sent Aled Summerhill racing down the touchline and into the corner.

With the Scarlets struggling to get their game together, the Blues continued to dominate.

A smart off-load from Lane put former Scarlet Josh Turnbull over wide out; Summerhill was sent haring in at the posts for his second then Lane followed suit, latching onto a cross-field kick from Evans to touch down in the final move of the half.

The Scarlets were staring down the barrel of a major embarrassment at 38-0, prompting Pivac to bring on Ken Owens, Rob Evans, Gareth Davies and Dan Jones for the second half.

All made their mark quickly, as the visitors looked to salvage something from the contest.

After wing Ioan Nicholas saw a score ruled out by the television match official, Wales prop Evans muscled his way over from short-range to get the Scarlets on the scoreboard on 53 minutes, a try converted by Leigh Halfpenny.

Gareth Davies was held up over the line, then as the visitors upped the pressure at scrum time, Blues replacement prop Dillon Lewis was shown yellow.

Evans claimed his second with 14 minutes remaining, offering the Scarlets hope of rescuing a try bonus point from the match.

And following an Anscombe penalty, Nicholas intercepted for a third try for the visitors.

With another international replacement, Steff Evans, causing problems, the Scarlets continued to press in the closing exchanges, but the Blues managed to prevent them claiming a fourth try to seal a comprehensive triumph and complete the seasonal double over their West Wales rivals.