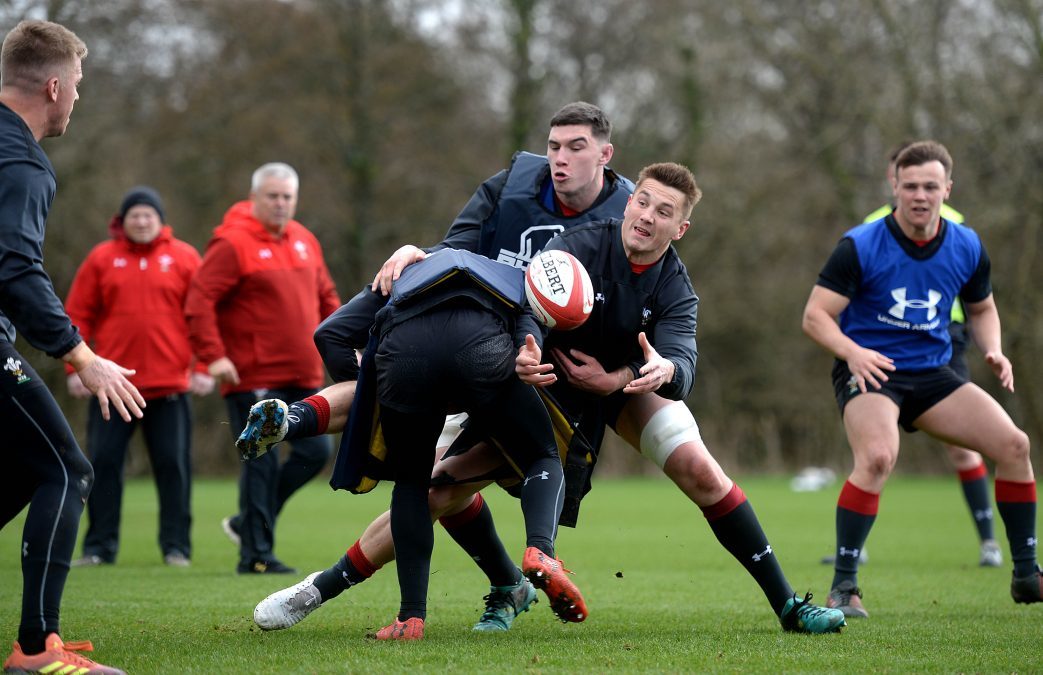 There will be a six-strong Scarlets contingent looking to help Wales to the fourth leg of a Six Nations Grand Slam in Murrayfield on Saturday (2.15pm).

Scarlets skipper Ken Owens will be joined by centres Jonathan Davies and Hadleigh Parkes, scrum-half Gareth Davies and prop Rob Evans in the starting XV to take on the Scots in Edinburgh, while Jake Ball is named among the replacements.

Wales head north of the border in confident mood following away victories over France and Italy and that epic 21-13 triumph over England in Cardiff last time out.

Head coach Warren Gatland has made just one change to the side that saw off the old enemy at the Principality Stadium.

With Cory Hill ruled out with an ankle injury, Adam Beard – who is yet to taste defeat in a Wales jersey – comes in to partner captain and Ospreys team-mate Alun Wyn Jones in the second row.  Ball takes his place on the bench.

“Two years ago we were well beaten there, so we can’t take them lightly,” said Scarlets star Davies.

“They’ll be hurting from what happened out in France so they’ll be looking to start well and get the crowd behind them and make sure they put us under pressure.

“Finn Russell is a big part of their game and they’ll probably look to play with a lot of tempo. Maybe a bit more high risk.

“They’ve got nothing to lose and we’ve got to be aware of all their threats and don’t switch off.”

Gatland said: “The way that they’re preparing there’s a confidence within the squad surrounding their own ability and they have belief in themselves and each other.

“That makes it easy from a coaching perspective because the players are taking on a huge amount of responsibility and preparing themselves and each other.

“I don’t see any fear in their eyes or any trepidation.”

If Wales triumph in Edinburgh, it will set up a mouthwatering finale against Ireland in Cardiff with a third Grand Slam of the Gatland era the prize.