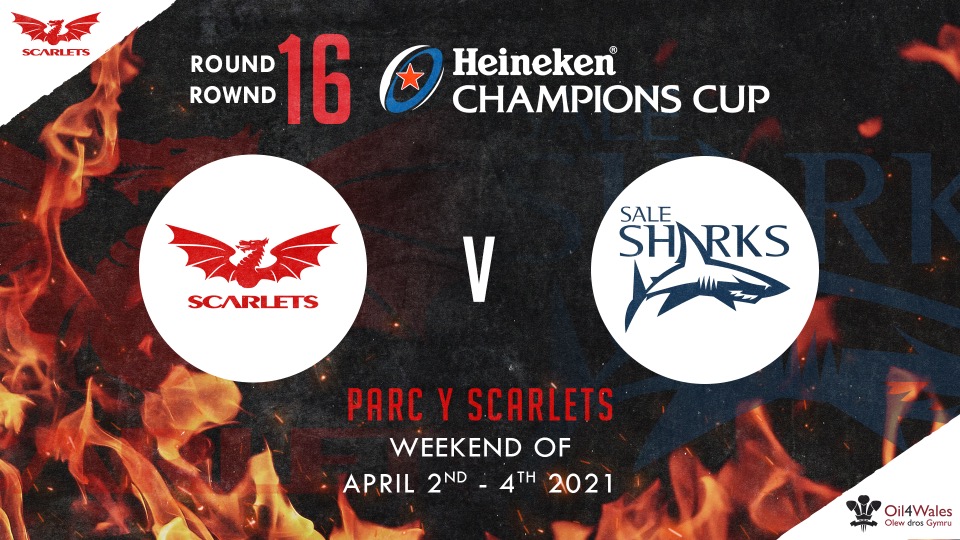 Scarlets have been handed a home draw against Gallagher Premiership contenders Sale Sharks in the round of 16 of the Heineken Champions Cup.

The draw was made on Tuesday afternoon at tournament headquarters in Lausanne with Scarlets taking on the Sharks for only the fifth time in the history of the competition. Scarlets have won three of the previous four contests and lost once (2017).

The draw was also made for the quarter-finals with the winners of the Scarlets-Sharks tie travelling to take on the victors of the La Rochelle-Gloucester clash.

Matches to be played weekend of April 2-4