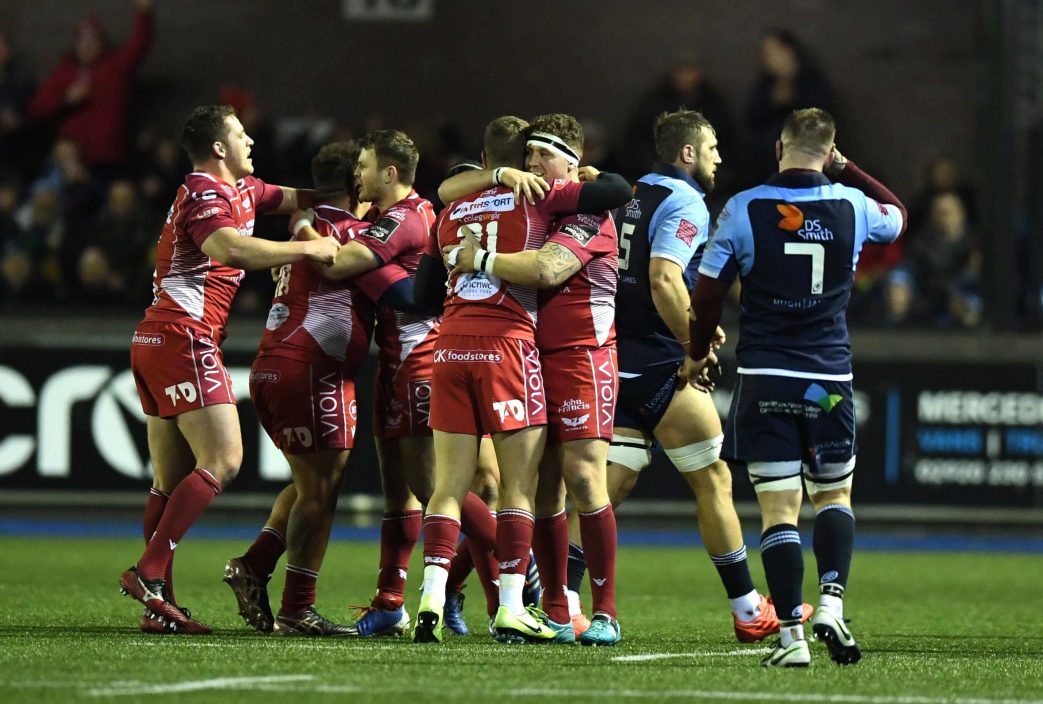 Scarlets will return to Guinness PRO14 action with a clash against Cardiff Blues at Parc y Scarlets on Saturday, August 22 (3pm ko).

Fixtures and kick-off times for the remaining two rounds of the 2019-20 Guinness PRO14 have been confirmed by the tournament organisers following discussions with broadcasters.

After a home game with the Blues, head coach Glenn Delaney will take his side to Newport the following week to face the Dragons at Rodney Parade (5.15pm ko). Both matches will be televised live on Premier Sport, while S4C will broadcast the matches later ‘as live’.

Unfortunately, due to current government guidelines regarding Covid-19, it is unlikely that fans will be allowed into the stadiums.

The Scarlets, third in Conference B, still have an outside chance of qualifying for the PRO14 semi-finals, but need to win both matches and hope Munster slip up to overtake the Irish province, who are currently eight points ahead in second spot.

David Jordan, tournament director of the Guinness PRO14, said: “So far we have been encouraged by the developments that have allowed all of our teams to return to training. Thanks to the great efforts of our clubs and unions, the willingness of governments and the support of our broadcasters we now have a fixture list to look forward to.

“Everyone who makes our games possible has had to adapt to a new way of working under the restrictions of the pandemic and the response of all our key stakeholders has been very impressive. With these fixtures now confirmed we are all geared to safe delivery of these games and to the welcome return of rugby after such a long period without the sport.”