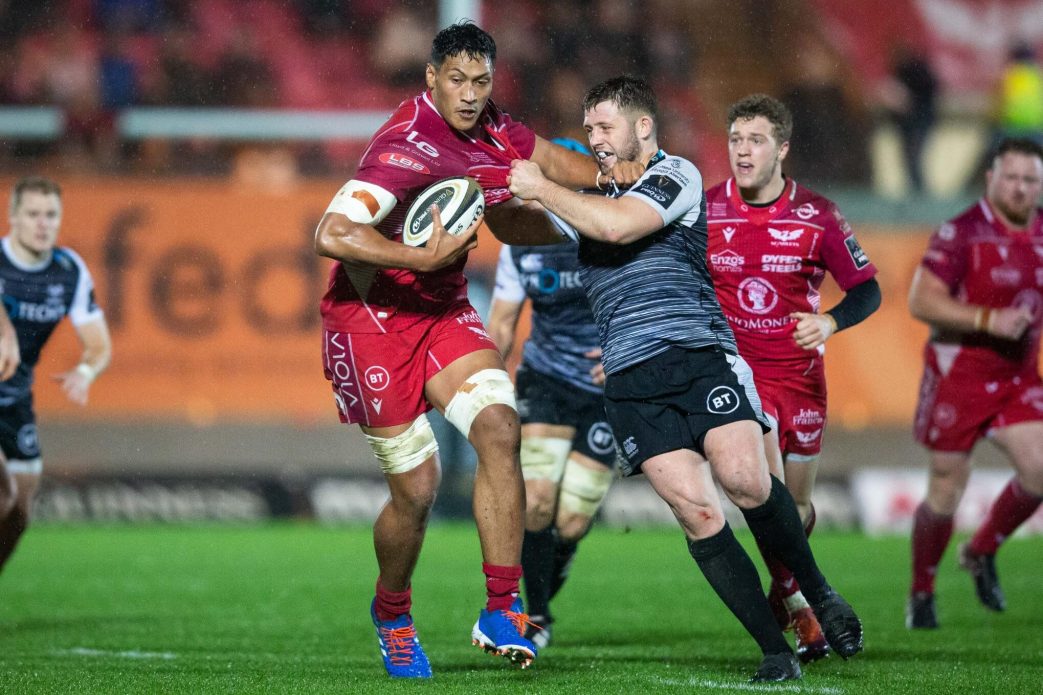 Scarlets will take on the Ospreys in a pre-season derby at Parc y Scarlets on Friday afternoon (2pm kick-off) in preparation for the start of the new Guinness PRO14 campaign.

The match will give head coach Glenn Delaney and his coaching team an opportunity to run the rule over a number of players who haven’t had any game-time since the squad came out of lockdown.

“There have been a lot of boys training extremely hard and helping us to prepare for games so this match against the Ospreys gives them the chance for some rugby before we start the PRO14 season,” said Glenn.

“There are a lot of boys itching to get out there and what better game than a derby against the Ospreys.”

The match will be played behind closed doors.

Meanwhile, the Scarlets are assessing both Leigh Halfpenny and Johnny McNicholl following the 11-6 Challenge Cup loss in Toulon and will issue an update in the coming days.

Leigh needed a head injury assessment following a collision in the second half, while Johnny picked up an ankle injury late on in the game.