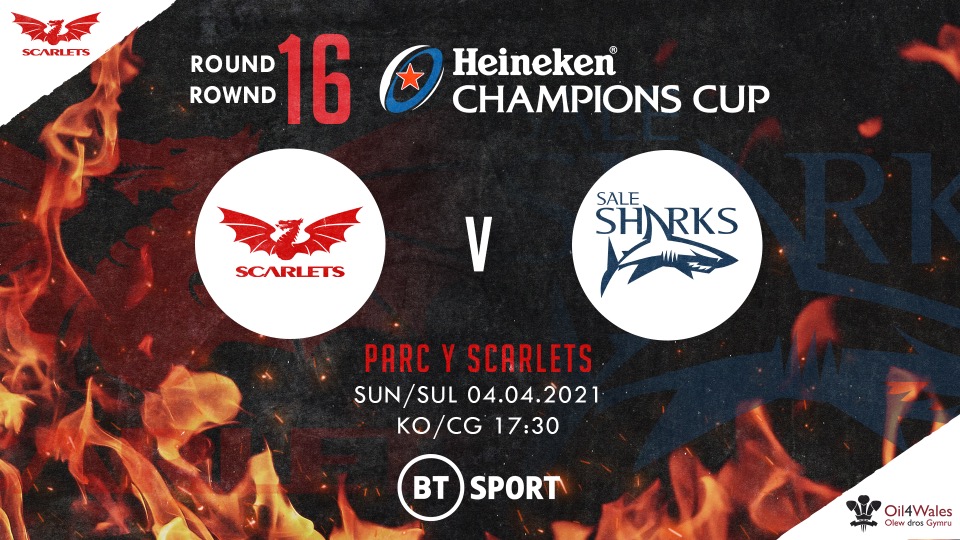 The date and kick-off time for the Scarlets’ Heineken Champions Cup knockout tie against Sale Sharks has been confirmed.

The round of 16 match will take place at Parc y Scarlets on Sunday, April 4 (17:30 kick-off) with the match being televised live by BT Sport.

Tournament organisers EPCR have today confirmed the exact dates, venues, kick-off times and TV coverage in the round of 16 of the 2020/21 tournament with the Scarlets-Sharks match completing a mouthwatering round of fixtures.

The weekend begins with Leinster and RC Toulon going head to head at the RDS Arena, followed by the meeting of Gloucester Rugby and La Rochelle at Kingsholm.

The quarter-finals will be played on the weekend of April 9-11 and the exact dates and kick-off times for the matches will be announced as soon as practicable.

(All kick-off times are local)

*Fixtures subject to approval by authorities in the relevant territories