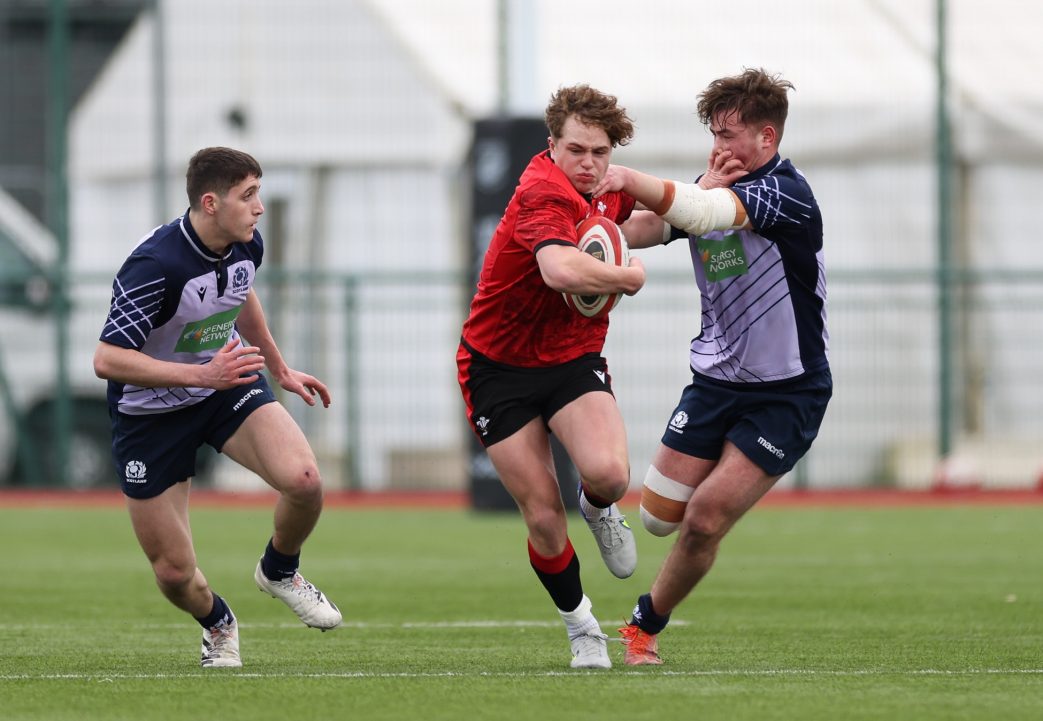 Seven Scarlets have been named in a 37-man Wales U18s squad for the clash against England at Veritas Park in Taunton on Sunday, March 20. (KO 2pm).

It will be Wales’ first capped international at U18 level since August 2019, when Mason Grady’s two tries was enough to stun France. That huge upset in South Africa has already been mentioned to the squad as Ben Carter and Christ Tshiunza both went on to play for their country at the highest level in Wayne Pivac’s Wales side.

“When we first met up as a group, I spoke in the first week that Christ and Ben had been involved in the last capped game for Wales at U18 level and I see no reason why they can’t go on and follow suit,” said head coach Matt O’Brien.

“We’ve selected a very exciting team for England where we have a good blend. I think we have a strong forward pack and a competitive backline which I hope suits the style of rugby we are aiming to play.”

The initial training squad had more than 50 players but that has been whittled down after the Welsh squad was split into two teams and played against Scottish opposition on Sunday at Ystrad Mynach.

“We had a wider group of 52 players initially and played two friendly games against Scottish opposition which was a really good exercise for us. We gave every one of the players who were fit, a game, so it was a good opportunity for us to see everyone,” said O’Brien.

“Selection was done after those games and it was made a bit more difficult because of two good team performances by the boys,” added O’Brien. “I suppose it’s always difficult when there are so many players involved but with selection now confirmed, we’re all looking forward to what lies ahead.”

On the coaching front, O’Brien will be assisted by Aled James (Cardiff Rugby), Sam Hobbs (Dragons) and Steff Hughes (Scarlets) for the season ahead where Wales will play in the U18s Men’s Festival in Marcoussis next month against England, France and Ireland.