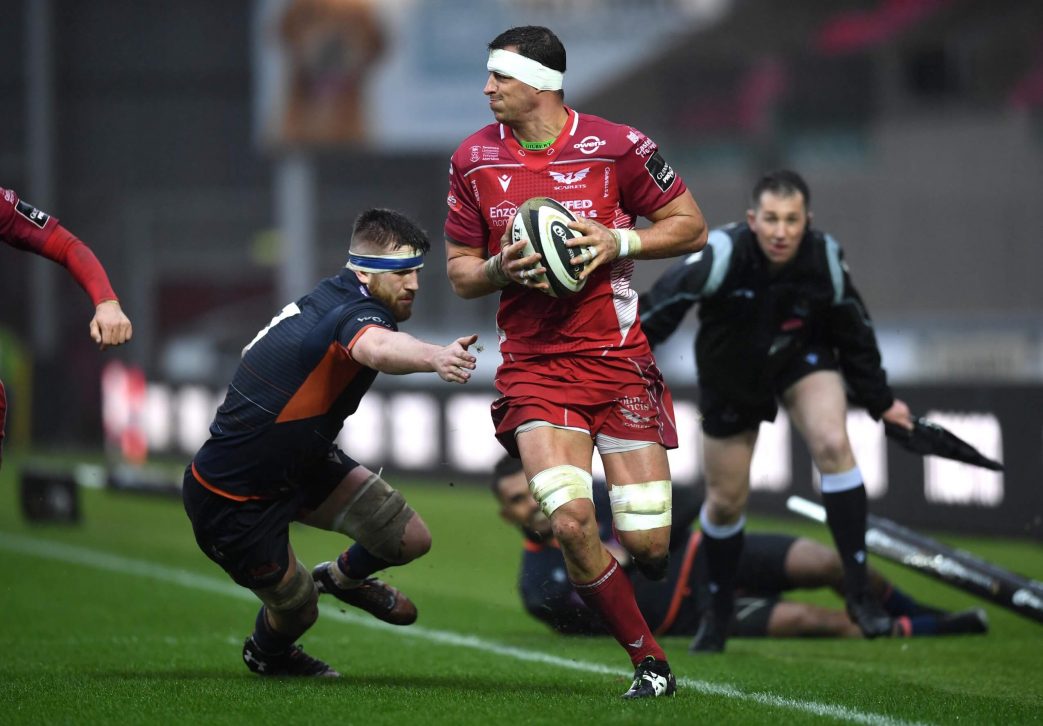 Ahead of the resumption of Guinness PRO14 action against Benetton on Saturday, Glenn Delaney spoke to the media and delivered a positive update on one of our sidelined international players.

How close is Aaron Shingler to making his comeback?

GD: “Aaron is back on the training field so we are not too far away. Training has been pretty competitive with him out there. He is teaching the youngsters a few lessons.

“He has done another unit session today so we are building him up. In the next couple of weeks we might be able to shift the needle. I’d like to think he would be back on the field soon.

“What he is doing, static mauling, scrummaging etc is fine, we just need some capacity into the lungs.

“It has been a real rollercoaster for him, seven-odd months deep on a challenging situation. Shings has a strong mindset and has a great support network around him, Katie and the family have supported him really well and now it is about him returning to being a rugby player which we are really pleased to see.

“It was an inflammatory response which affected the joints. The key thing was to get that under control which they did and did very well, but it takes time. Now it has all subsided, the key thing is the reconditioning. It was pretty scary for a while for Shings, every day it was changing and it did take a while to get it under control. But we are really fortunate that the experts that were on hand to help him did a great job.”

How disappointed are you with the news of Josh Macleod’s injury?

GD: “I am absolutely gutted for him. When I heard I rang him that night and what do you say? He is a brilliant player who is just having a real rough run of luck. Rugby can be your best friend and your worst enemy in the same breath.

“It is a tough one for him, but I am sure he will come back bigger and stronger. He will have a lot of support around him and he will drive himself to be a better player than the moment it happened. The moment it happened he was starting for his country and we have to make sure that is where he gets back to.

“Hopefully the procedure goes well and then we start the rehab trail. I am excited by how he will come back. He is a hell of a player and deserved the chance to play for his country and I am absolutely sure that chance will come again.”

You have had a couple of weeks without games since the Leinster defeat, what has been the response?

GD: “The last few weeks have been pretty productive as you’d hope to expect. It is a bit like that rock under the towel in summer that keeps poking you. We were aware of where we were at in that game; look, we were competing well but the two tries before half-time took the contest away from us and then we were playing catch up. There have been a lot of things we have taken from it in terms of trying to get better, which is how we work here.

“The boys have been really honest, analysed it and the key is not to throw the baby out with the bath water. As long as we work on the things we need to improve on and maintain the things we are doing well, the optimism will remain and we can give ourselves a good chance to get back on the horse on Saturday.”

It looks like it is going to be a real battle for Champions Cup qualification?

GD: “It is going to be a good scrap in our pool. We love European competition and it is a competition we are excited by. We want to make sure we are in the shake-up for that moving forward.”