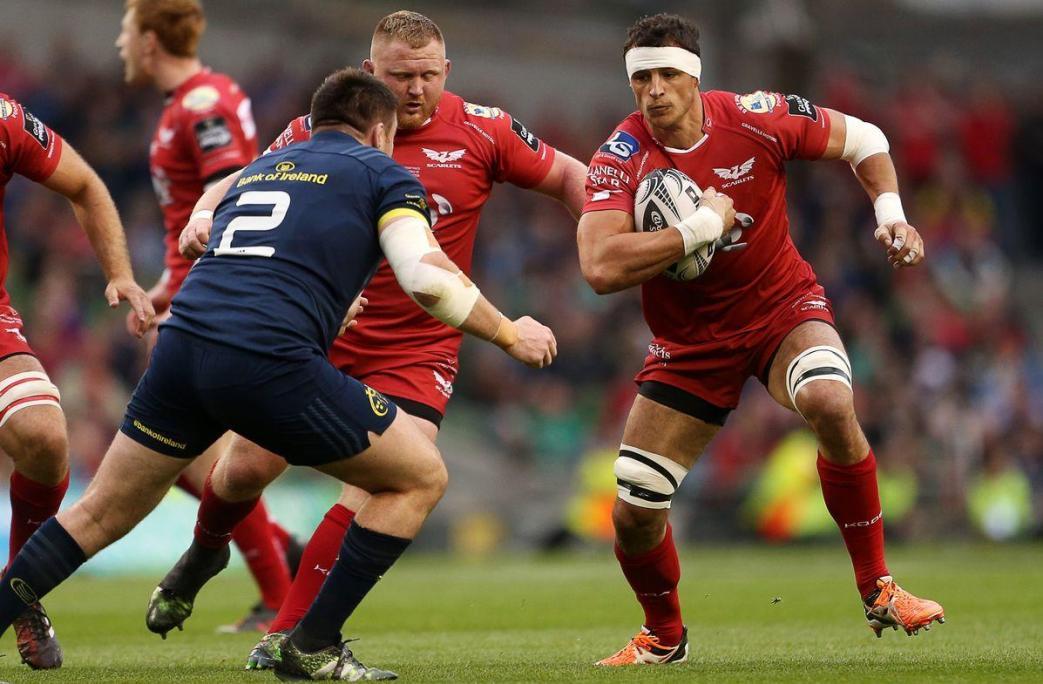 Scarlets are delighted to confirm that back row forward Aaron Shingler has signed a new contract keeping him at the region.

Shingler, 30, has been a stalwart at the Scarlets for the best part of a decade and has amassed 170 appearances in the regional jersey scoring 19 tries.

The former Glamorgan cricketer was recalled to the Wales squad for the summer tour to New Zealand and Samoa earlier this year three years after his last appearance, on the summer tour of 2014 against South Africa.

The flanker featured in three of the four Autumn Series fixtures starting against Australia, New Zealand and South Africa.

Commenting on the news Head Coach Wayne Pivac said; “Aaron is an all rounder; not only his work ethic at training and the values that he brings but he’s also a great player and a pleasure to coach.

“He’s worked very hard at his game and has become a real leader in the group over the last 12-18 months, particularly when the internationals were away last season. He was a big part of the championship win last season and his hard work and diligence has paid dividends winning reselection to the Wales squad.”

Aaron Shingler said; “I’m very happy to have signed a long-term deal with the Scarlets. I’m in my tenth season at the region and really enjoy playing my rugby here.

“Winning the league with this group of people was a special moment last season but we want to continue to build and develop which will lead to us hopefully winning more silverware.”