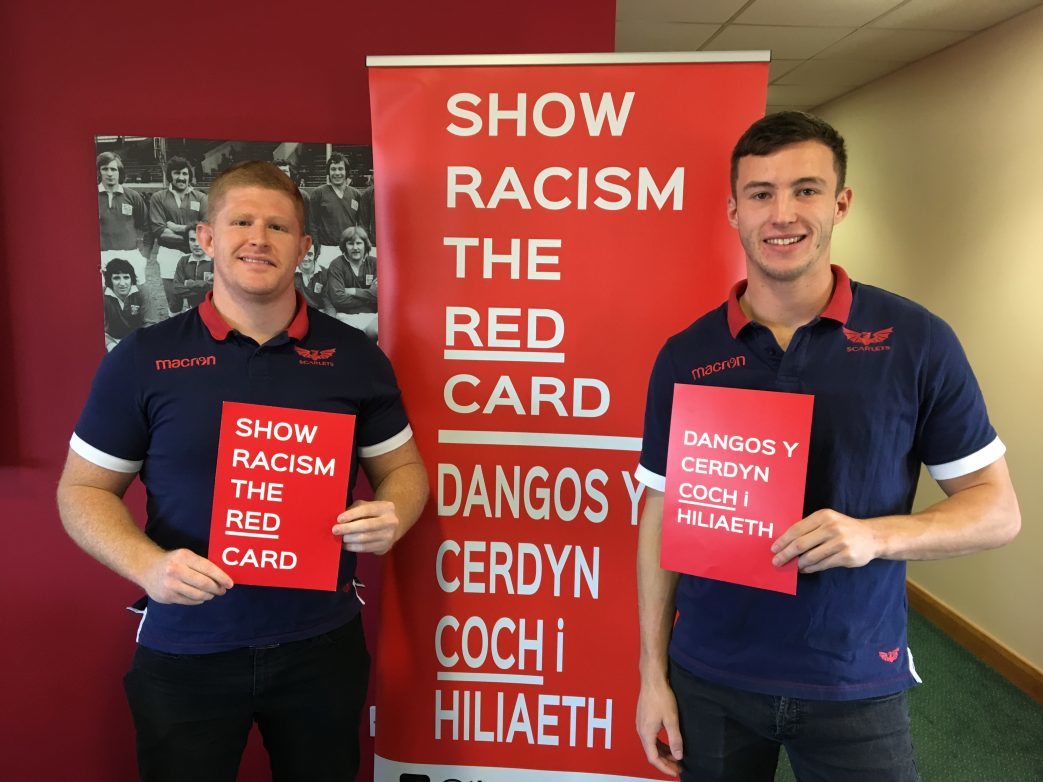 Show Racism The Red Card visited Parc y Scarlets this week as part of their 6theducational club event of the 2018-19 season.

Young people from Penygroes Primary School attended Parc y Scarlets to take part in the educational day. Prior to attending the stadium the pupils were set a task to prepare for the afternoon’s anti-racism “press conference”.

As part of the task pupils had to create a newspaper name and were tasked with researching racism in sport and society. Pupils were also required to read newspapers and online blogs to explore how they are designed and written.

Using the information found in newspapers and online blogs the pupils had to prepare questions for the press conference at the event to help produce their article for their newspaper after the event.

In the morning pupils watched Show Racism The Red card’s educational film, which gave them an opportunity to obtain further knowledge on the topic before the question and answer session in the “media/press conference event”.

Prize winners Can and Jorja won match tickets, along with a SRtRC goodie bag for asking the best question.

Upon their return to school the pupils will use all of the information to write and design an article.