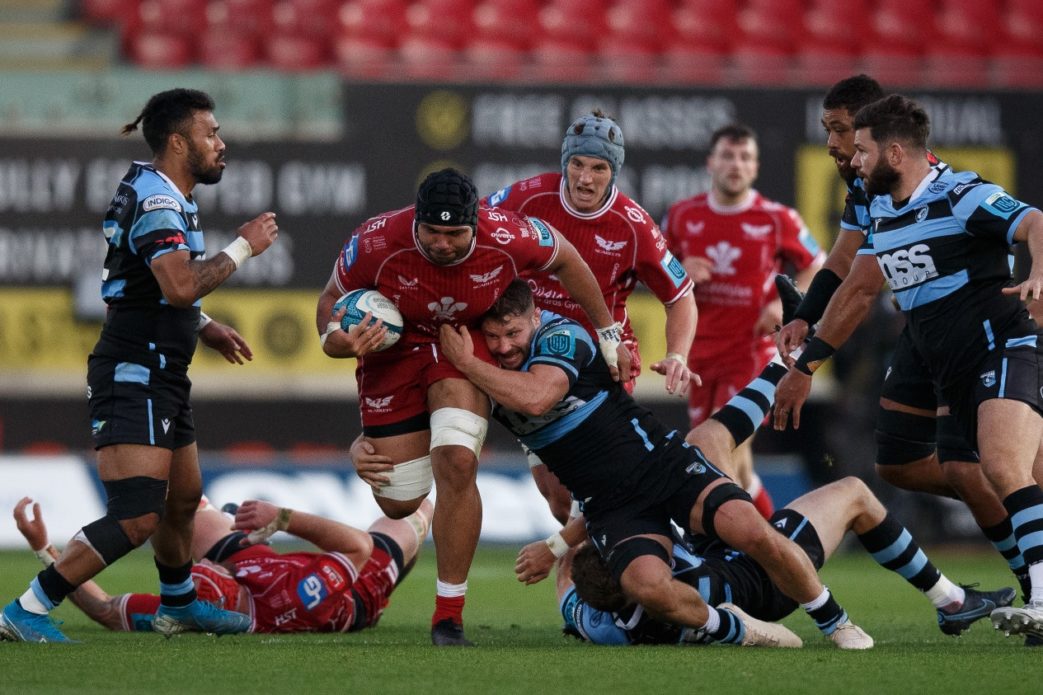 Scarlets No. 8 Sione Kalamafoni put in a staggering 31 carries to top the URC charts for last weekend.

Kalamafoni’s performance against Cardiff keeps him way out in front for carries (65) after four rounds of the competition. His nearest challenger is Ulster full-back Mike Lowry with 43.

“That is huge, that is the most I’ve ever seen in a game,” said head coach Dwayne Peel.

Kalamafoni is also joint seventh for tackles made (45).