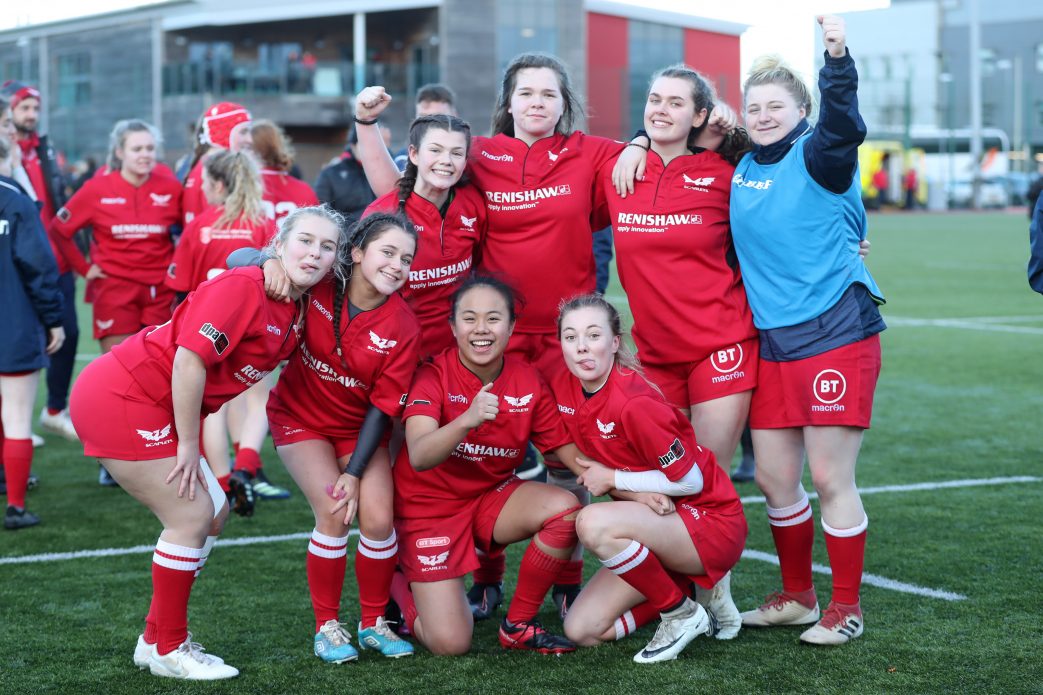 Scarlets Women’s U18s returned to action over the weekend competing in the WRU Regional U18s Festival at Ystrad Mynach.

In their first competitive match since March 2019, co-captains Jenna Devera and Chelsea Chesters lead the squad to a successful first round in the tournament.

It was a rocky start after losing 7-0 to the Ospreys in their opening match, but there was plenty of fight left in the squad to regain momentum.

Scarlets faced RGC in their second match of the day and battled their way to a 10-0 victory in challenging conditions. A double for Lowri Elias who crossed twice to secure the win for the girls. Despite the conversions going wide, the result gave the Scarlet side a much-needed boost heading into the final two games.

The side fought hard to break Cardiff’s winning streak coming away with a 7-0 win at the final whistle. It was Scarlets forward Isla Craig adding the five points and Lowri Elias on target with the conversion.

Ending the first round of the tournament on a high note, it was a 10-0 victory for the Scarlets as captain Jenna Devera and Maisie Davies both crossed the whitewash against the Dragons.

With plenty to build on, the team will head to Merthyr RFC on Sunday (February 13) for the second round of the tournament and Cardiff Arms Park on February 20 for the final round.