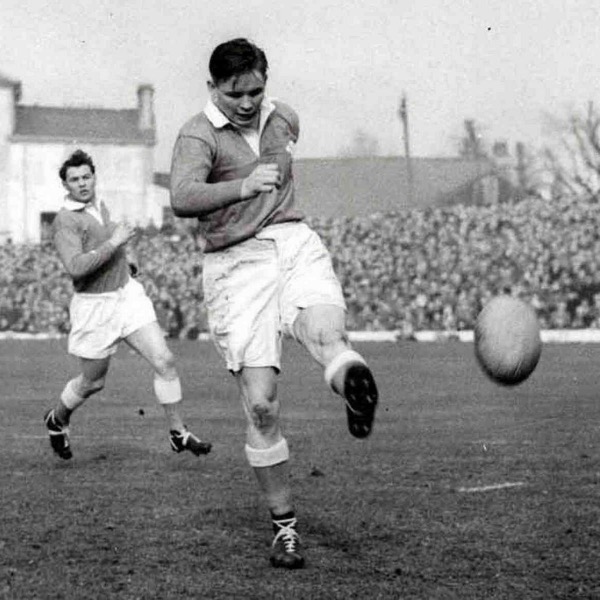 The Scarlets are saddened to hear that one of our all-time greats, former Wales and British & Irish Lions full-back Terry Davies MBE, has passed away at the age of 88.

From Bynea, Terry played more than 150 games for Llanelli RFC, won 21 caps for Wales and represented the Lions on the 1959 tour to New Zealand and Australia, finishing the New Zealand leg of the trip as the leading points-scorer.

He played for Llanelli between 1956 and 1961 and was described as Wales’ first superstar full-back.

Terry also played 13 matches for the Barbarians invitational side, touring Canada and South Africa; was part of a combined Wales and England team that played Scotland and Ireland at Twickenham in 1959 and also played 53 games for Swansea RFC before joining Llanelli.

He remained involved with the club as a long-time supporter and member of the Llanelli Former Players Association.

Scarlets President Phil Bennett said: “When I was a young boy I was lucky enough to see Terry play at his peak. He was a hero of mine, a local Bynea boy, but a player with a real aura about him. He could tackle, goal-kick, break the line, he was an outstanding player.

“Watching him play in a star-studded Llanelli backline was something I will always remember, particularly in the big derby games against Swansea.

“The word great is often overused, but Terry was one of the greats and I got to know him well as a friend after finishing playing. I had nothing but admiration for the man. My thoughts are with Terry’s family and friends.”

Terry was inducted into Welsh Rugby’s Hall of Fame in 2008 and in 2013 he was awarded an MBE for services to the communities of Bynea and Llanelli.

Scarlets General Manager of Rugby Jon Daniels said: “Terry will be remembered as a Scarlets great, a phenomenal player who reached the pinnacle of the sport when he represented the Lions in 1959.

“I was fortunate to get to know Terry well; he maintained an active interest in the club, he was a great character, a well-known figure in the town and a real gent.

“The club have recently installed a ‘legends wall’ outside the home changing room at Parc y Scarlets and Terry is up there among our greatest players.

“The sympathies of everyone at the Scarlets are with Terry’s wife Gillian and his family at this sad time.”