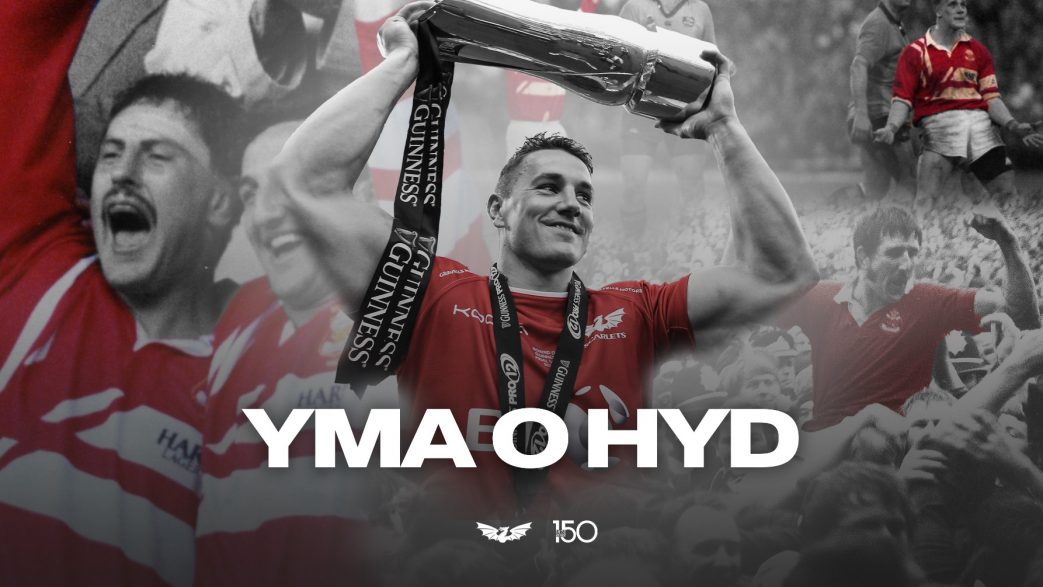 April 14th, 1884, a day when the Scarlets shirt was worn for the first time and the beginning of a rich history that has been weaved into the fabric of one of the most famous jerseys in rugby.

In the first of a series of articles to celebrate 150 years of our history, we turn the clock back 138 years to the day we first wore scarlet.

Llanelli RFC had been formed in 1872, when a group of young enthusiasts had met on Easter weekend to establish the club and arrange training games.

Early training sessions and matches took place in ‘People’s Park’ in the heart of the town with the first ever game believed to have taken place against a team from Swansea’s Cambrian Club in January 1876.

Three years later the club moved the short distance to its spiritual home of Stradey Park.

Initially, Llanelli RFC played their rugby in dark blue, a colour that has often since been worn as the Scarlets alternate and away shirt.

Then came a more unconventional rose and primrose look.

In the book ‘One Hundred Years of Scarlet’ author Gareth Hughes wrote of the jersey: “it was a choice which may well have had an aesthetic appeal for a minority, but which clearly caused offence to the majority.

“The committee were compelled to resign and though the new body of committeeman, presumably with a thought or two for economy, decided to persevere with the new colours for the remainder of the season, the days of rose and primrose were doomed.”

Rose and primrose was changed to red and chocolate quarters in 1883-84 – Scarlets resurrected that jersey for the 2007-08 season – but that was also a brief costume switch and on Easter Monday, April 14th, 1887, Llanelli took to the field at Stradey Park wearing scarlet for the first time – complete with scarlet, gold-braided caps.

The opponents that day? The Irish national team, who had taken on Wales on the Saturday and were making a stop-off in West Wales on their journey back to the Emerald Isle.

‘One Hundred Years of Scarlet’ continued: “This time, the smart appearance of the Llanelli team must have met with general approval, for Llanelli wore scarlet from that day onward, to such good effect that they were soon to be known as the ‘Scarlet Runners’ of Welsh rugby.’”

A report in the Llanelly and County Guardian, read: “The Llanelly team were the first on the ground, making their first public appearance in full colours, their scarlet gold-laced caps adding much to their bright appearance.”

Although the final result of the match seems to have been lost in the mist of time, the report does go on to describe a ‘hearty’ post-match reception at the Thomas Arms Hotel before the Irish embarked on their train journey west to the Fishguard ferry.

From that day, the rest, of course, is history – a history the club are immensely proud of as we prepare to celebrate our 150th anniversary season.