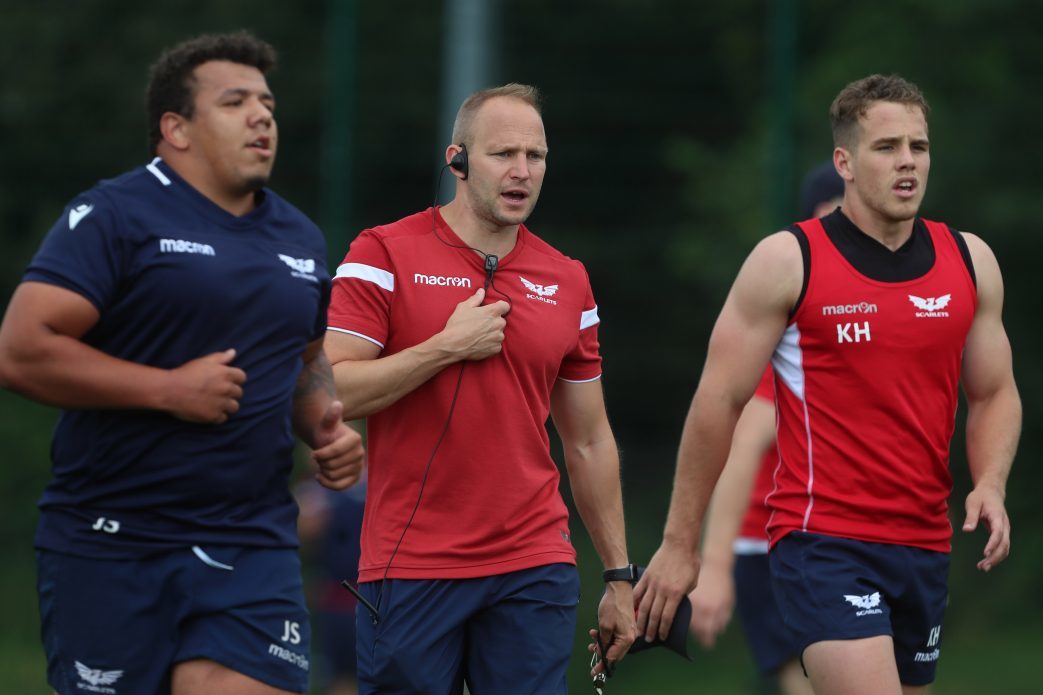 Scarlets signed off another week of pre-season training by taking to the sands of Pembrey Country Park.

The players were put through their paces on the stunning beach of Cefn Sidan where they hit the dunes as part of their conditioning programme.

We caught up with assistant attack coach Richard Whiffin, who has been settling into life at the Scarlets following his move from the Gloucester Academy.

So after a few weeks in the West Wales sunshine (for the most part!), how is he enjoying it?

“I have loved it, there is a great vibe here,” he told the Scarlets website.

“I have really enjoyed working with Iows (Cunningham) and Dai (Flanagan) in the first few weeks and obviously excited to implement a few things before Glenn (Delaney) and Brad (Mooar) get here.

“It has been nice for me to get in as early as possible, build a relationship with players and try and put a stamp on things early, knowing that when Brad and Glenn get here it will kick on to another level.

“We have certainly got a great group of lads who want to work hard for each other and want to improve, you can see that by the way they are staying out after sessions, working on their ‘individuals’. They are a great group to work with.”

Whiffin was a member of the England Under-20s coaching team at the Junior World Championships in Argentina where he witnessed first hand some of the exciting young talent coming through at the Scarlets, with seven of our players in the Wales ranks.

“From a coaching point of view it was a fantastic experience, it was a tough tournament, incredibly intense with the speed of the game and the nature of the four-day turnaround,” he added.

“We played Wales in the last game and I had an opportunity to meet the Scarlets boys and am looking forward to seeing those boys coming  in next week and getting started.”

Before he arrived in Llanelli, Whiffin was also handed the prospect of a reunion against one of his former sides London Irish, who the Scarlets will face during the pool stages of the 2019-20 European Challenge Cup.

“I have a lot of good friends at the club, I was there for 12 years. It is exciting to be going back and playing against them and seeing those old friends again,” he added.

The Scarlets will kick-off their Guinness PRO14 2019-20 campaign at home to Connacht on September 28.

Join the pack and buy your season ticket at tickets.scarlets.wales