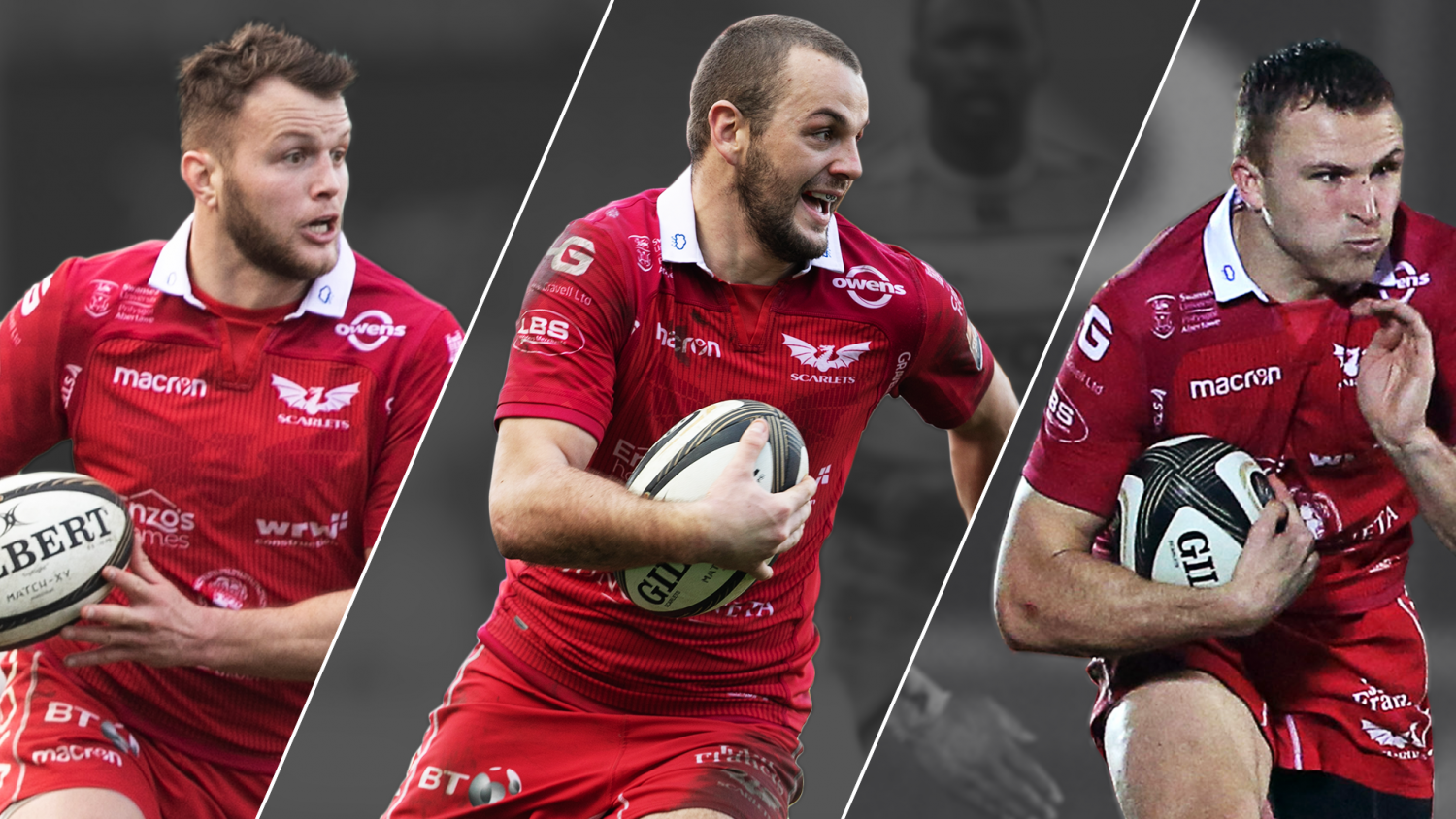 The Scarlets can confirm that three more members of their current squad — Steff Hughes, Paul Asquith and Tom Prydie  — have signed fresh deals with the region.

Hughes is one of the region’s many home-grown products. A former Wales Under-20s captain, he has also skippered the Scarlets when Ken Owens has been on international duty.

The 25-year-old centre made his regional debut in an Anglo-Welsh Cup match against Saracens six years ago and has clocked up more than a half century of appearances for the region.

Asquith was signed from Australian club side Western Sydney Rams in 2017 and made an instant impact in West Wales, crossing for a hat-trick of tries on his debut against a Scarlets Premiership Select XV in Llandovery.

He has been an integral member of the squad over the last couple of seasons, with his versatility seeing him slot in comfortably at centre or wing.

The 25-year-old Australlian sevens international also played a key role in the Scarlets’ European journey last season with his match-winning score late on against Benetton providing the spark to a memorable campaign.

Prydie headed west from the Dragons in 2017, earning himself a Wales Test recall at the end of the campaign when he featured in the wins over South Africa and Argentina on the tour of  the Americas.

The winger has played 32 matches over the two seasons he has been at Parc y Scarlets, scoring eight tries.

“Tom’s form in his first season saw him return to the international stage; Steff’s leadership and experience has seen him being given the responsibility of captaining the side, while Paul has been a great acquisition for us and has played a lot of rugby in the two seasons he has been here.

“We are delighted all three have signed new contracts and will be part of a strong and exciting squad for next season.”

The majority of the current squad at Parc y Scarlets will be on board for 2019-20.

The Scarlets have also signed second row Sam Lousi from Super Rugby side the Hurricanes.