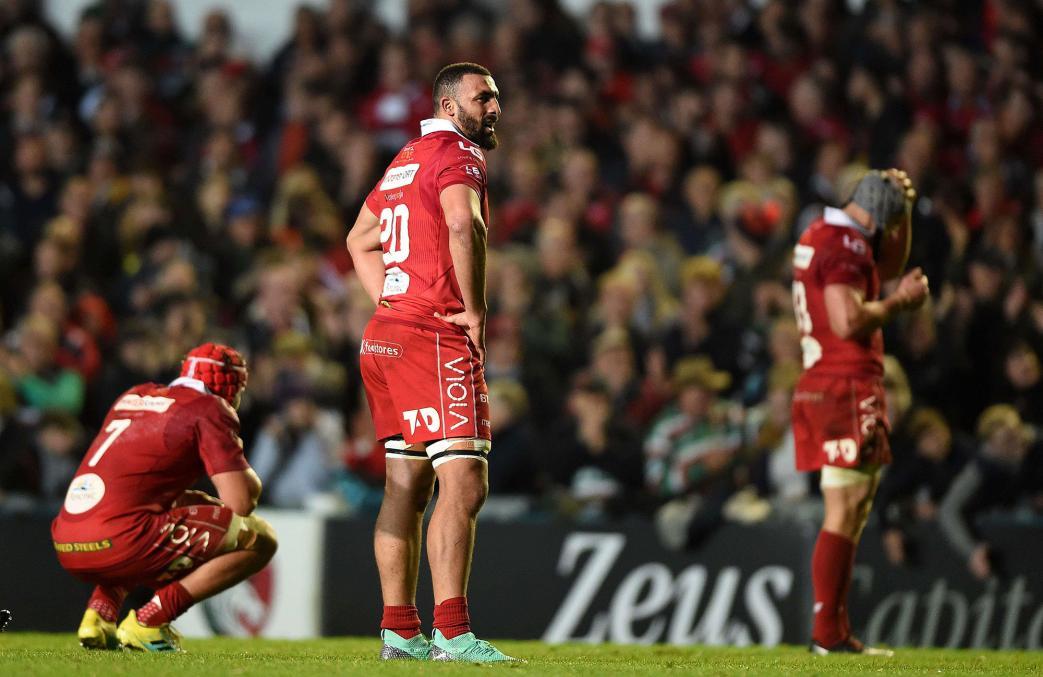 Scarlets were looking for a result in the second round of the Heineken Champions Cup, away from home against Leicester Tigers, to get the European campaign back on an even keel after a disappointing one-point defeat to Racing 92 in the opening round last weekend.

Despite battling back from an early setback, allowing the homeside to get up and running early on in the game, the Scarlets were unable to get a foothold in the European clash at Welford Road with Leicester Tigers securing a 45-27 victory and stopping the visitors from claiming a bonus point.

The Scarlets, in a similar fashion to last season where they reached the semi final of the competition, will now have to go and do it the hard way if a repeat of fortunes will be experienced.

Commenting on the result head coach Wayne Pivac said; “We didn’t start well, we conceded 10 points in the first ten minutes, which put us under a bit of pressure. We fought back well to close the gap back down by half time and then to hit the lead in the second half.

“We have to say well done to Leicester Tigers on that performance, particularly in the last quarter. They were good enough to capitalise on our errors and put us away in the end.”

Scarlets headed in to the second round clash with a number of key players missing through injury but Pivac was pragmatic in his evaluation of the situation saying, “Every team has got injuries at this time of the season. We felt that the team that we put out there was good enough to get the job done, as it turns out it wasn’t.”

Looking ahead to rounds three and four, that will see Scarlets take on Ulster at home and away in December, Pivac went on to say; “We left a bonus point out there on the end, that was disappointing. We need to consolidate when we come back in and get back-to-back results against Ulster, it’s as simple as that.”

Scarlets’ focus will now return to the Guinness PRO14 as the international players head to camp for the Autumn Series. Scarlets head to South Africa on Monday for Friday night’s clash against Southern Kings before taking on Edinburgh at BT Murrayfield.