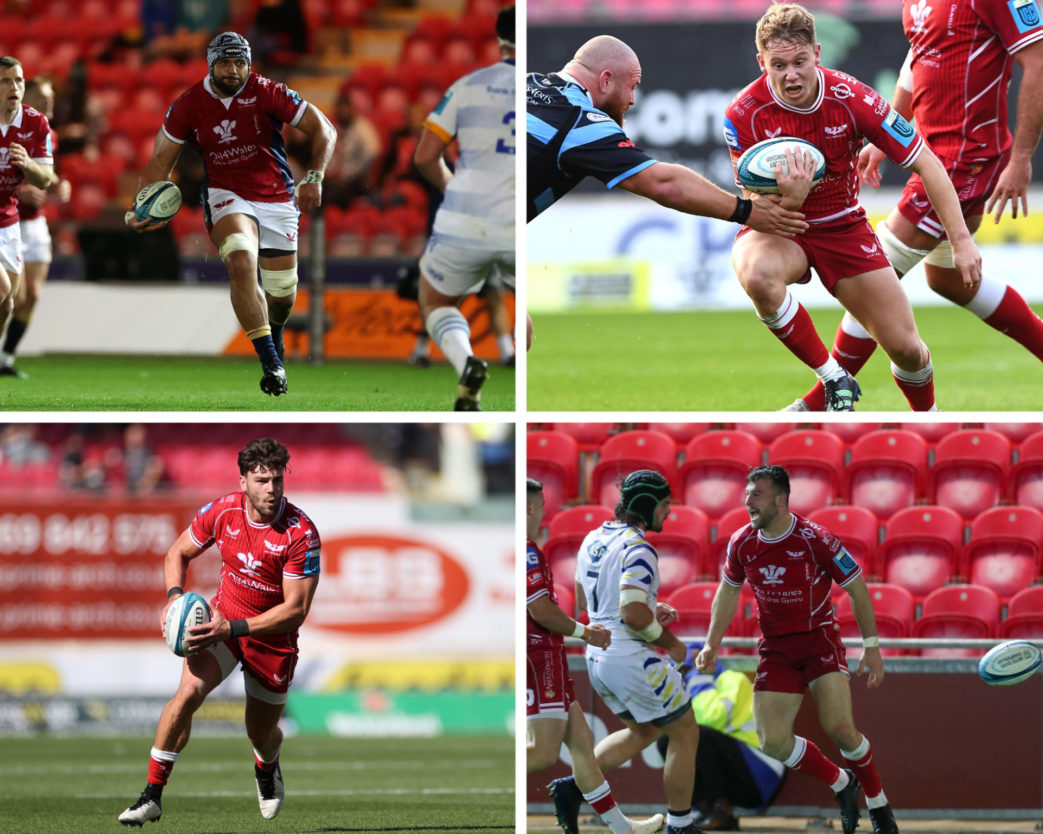 We’ve teamed up with our kit supplier Castore for the first Scarlets Player of the Month award of the season, giving fans the chance to win a £100 Castore voucher.

The award covers the first block of United Rugby Championship fixtures over September and October.

To enter you need to cast your vote HERE with the winner randomly picked when the poll closes on ….

The four nominees for the award are …

The No. 8 leads the URC charts for most carries and successful carries and is also the side’s top player for metres made and tackles.

The fly-half’s form in a Scarlets jersey has earned him a call-up to Wales’s squad for the autumn series. Player of the match against the Ospreys, he has three tries to his name in five matches.

The winger has again shown evidence of his attacking threat across the opening seven matches of the campaign. Made more clean breaks and beaten more defenders than any other Scarlet.

The centre started the season with a bang with some powerful midfield displays before picking up a calf injury in Treviso in round three.