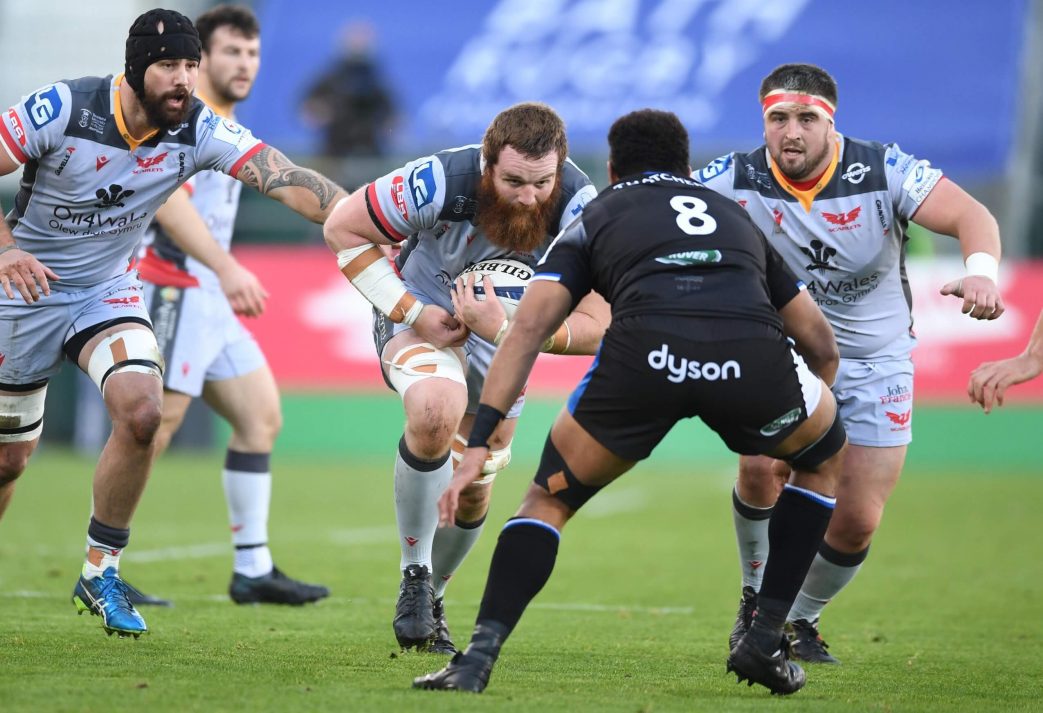 Ball has come through the return-to-play concussion protocols, while Evans has recovered from illness as the two personnel changes to the starting XV that was selected to take on RC Toulon last weekend in a Champions Cup match that was eventually cancelled.

Evans is joined by Johnny McNicholl, who slots in at full-back, and Tom Rogers in an exciting back three; Wales and Lions centre Jonathan Davies partners skipper Steff Hughes in midfield, while Dan Jones and Kieran Hardy are again picked at half-back.

There are a number of changes among the replacements. In come loose-head prop Phil Price, Fijian second row Tevita Ratuva, Scotland international Blade Thomson and Wales U20s fly-half Sam Costelow. South Arican tight-head Pieter Scholtz will make his Scarlets debut if he appears off the bench.

The Scarlets’ weekly round of Covid-19 testing produced one positive case and that player is currently isolating in accordance with public health guidelines.