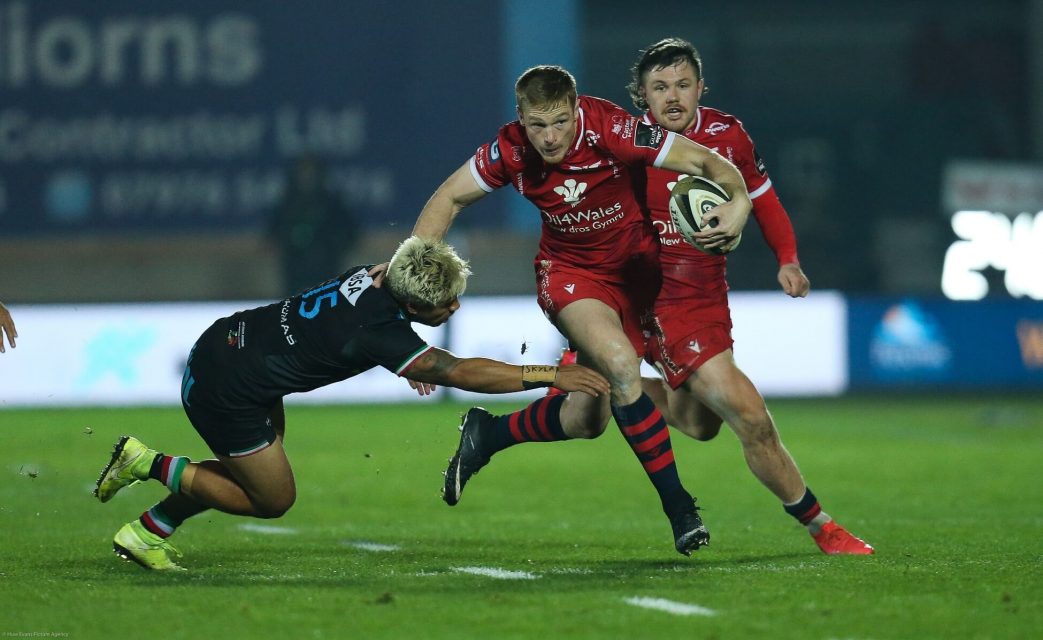 There are six changes in all to the run-on side, while club skipper Ken Owens is poised to make his first appearance since October. The Wales and British & Irish Lions hooker is named among the replacements after being cleared for action following a shoulder injury.

Behind the scrum, McNicholl comes in for the suspended Liam Williams in the only change to the back division that took the field against the Blues at the Cardiff City Stadium two weeks ago.

The front row changes en bloc with Jones packing down alongside Elias and tight-head prop Javan Sebastian, who replaces the injured Pieter Scholtz.

Ball has made a swift recovery from the knee injury he suffered against the Dragons on New Year’s Day and resumes his second-row partnership with Sam Lousi.

Josh Macleod, this week named as the only uncapped player in Wales’s Six Nations squad, misses out with an ankle niggle so Ed Kennedy slots into the openside spot and links up with Blade Thomson and Sione Kalamafoni in the back row.

On the bench, Owens has recovered from the shoulder damage he sustained in round two up in Glasgow with Phil Price, Werner Kruger, Tevita Ratuva and Uzair Cassiem providing the rest of the forwards cover. Kieran Hardy, Angus O’Brien and Steff Hughes make up the remainder of the replacements.