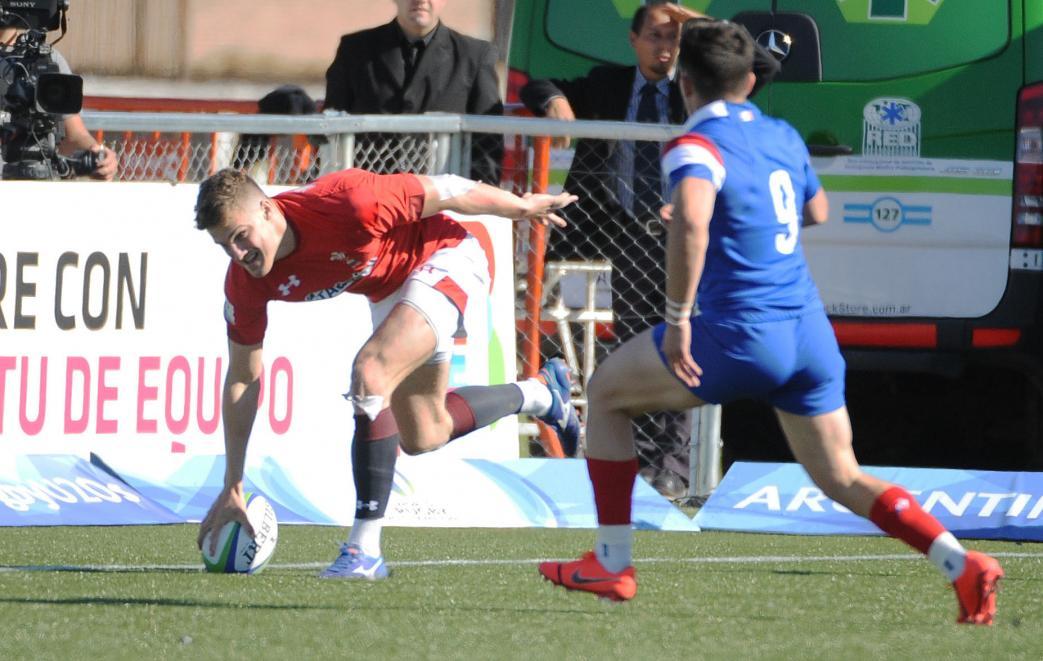 Wales will be determined to bounce back from their 32-13 defeat to defending champions France when they take on Fiji in their final pool game of the U20s World Rugby Championships.

Two tries from Scarlets wing Tomi Lewis wasn’t enough to prevent a powerful French side taking control of the contest and securing a result that ends Wales’ hopes of reaching the semi-finals.

Wales now turn their attention to Fiji in Santa Fe on Wednesday as they look to book their spot in the play-off group for places five to eight for the fifth year in a row.

“You can’t hide from the fact that the French are a quality side. I was really impressed by them and you have to give credit to the French Federation for developing such a good team over the last couple of years,” said Wales head coach Gareth Williams.

“That’s where we want to get our pathway to. I thought we defended heroically at times given the territory and possession the French had, and the pressure they put us under.

“The work that Andrew Bishop has done with our defence has been exceptional and to only concede 32 points against a quality team like that meant he should have been a very proud man.

“We turned up and we were right there and there were decent levels of execution in the first half. There were a couple of moments when we let go and didn’t take an opportunity to pressurise them.

“It was a well-executed try from Tomi Lewis in the first half, but they were all very comfortable on the ball. Now we have to pick ourselves up, learn the lessons from this game and move on to the next one.

“We’ve spoken a lot about this being a five match series and now we have to get ready to face another quality side in Fiji.”

The Fijians, who returned to the top-flight tournament for the first time in five years after winning the World U20 Trophy title last year, have gone down to successive defeats to France (36-20) and Argentina (41-14), but remain a very dangerous side.