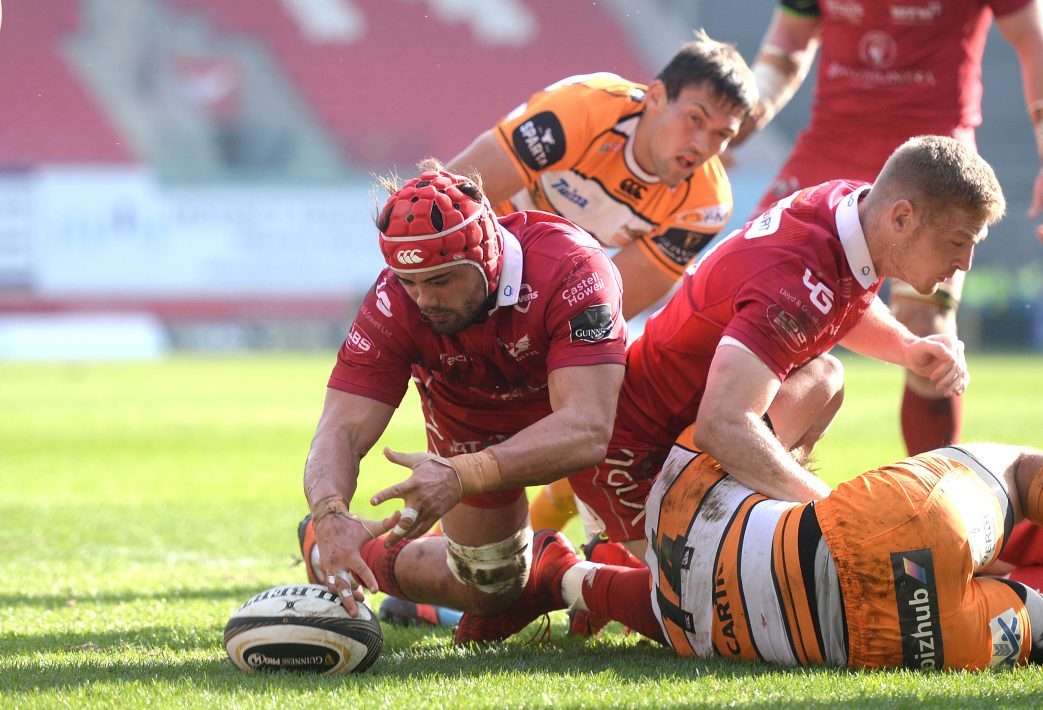 Wayne Pivac has challenged his Scarlets players to continue their strong home form after seeing his side run in six tries in a 43-21 bonus-point victory over Toyota Cheetahs at Parc y Scarlets.

A stunning start saw the Scarlets race into a 28-0 lead inside the first quarter and although the Cheetahs did threaten a comeback, two further tries after the break secured a comfortable win to keep the 2016-17 champions firmly in the hunt for the Guinness PRO14 play-offs.

“It was a dream start and to get the bonus point as early as we did was tremendous,” said the Scarlets head coach.

“The boys identified at half-time that we had relaxed a little bit mentally and let a couple of tries in which was disappointing, otherwise it would have been the perfect half to get that bonus point in the bank so early.

“It was important we started the second half well, we got that early score and then it was a matter of controlling that second half to make sure they didn’t get too close.”

The Scarlets now turn their focus to Munster and a potential reunion with former player Tadhg Beirne, who was a key member of the Scarlets’ title-winning side.

“There are parts of our game to work on, from an attacking point of view there were far too many off-loads that weren’t on and we turned the ball over whereas building another phase may have resulted in more pressure and more points,” admitted Pivac.

“Defensively, we need to be a little more aggressive than we were. We need an improved performance to take on Munster.

“But it was a crucial win for us, there are some big games coming up, Edinburgh play Benetton and we play Munster. As quickly as you are out of it you can be back in it.

“If you look at our record this season, we haven’t done too well on the road, but we have been strong at home and we need that to continue. Munster are a very strong side, as we know and there is one Tadhg Beirne who could be coming back to visit!”

Full-back Leigh Halfpenny came through a full 80 minutes in his first Scarlets appearance since October, landing four conversions and a penalty in an accomplished all-round display.

“I am really happy for Leigh,” added Pivac. “Our intention was to give him 80 minutes so that he had a good blow out and he certainly got that.

“He took a little bump early on and it was great to see him play through that and step up and take the kicking duties. He will be much better for that performance.

“I thought he had a very tidy game for a guy who has been out for that length of time. I am really chuffed for him.”