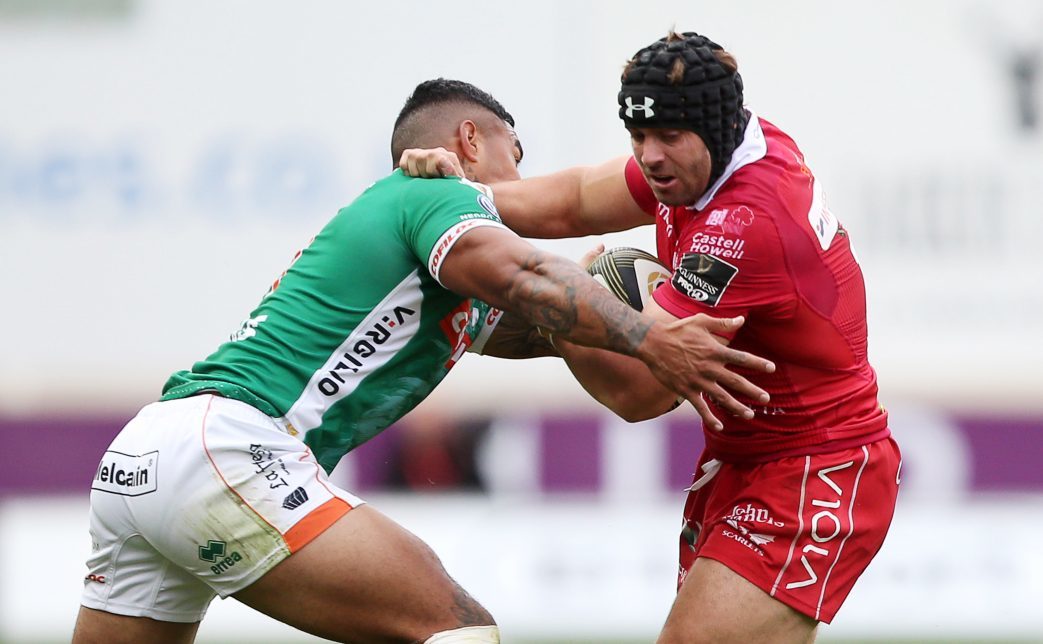 Scarlets secured an important victory over champions Leinster at Parc y carlets last week and head coach Wayne Pivac believes that his side were suffering something of a mental hangover as they welcomed Benetton Rugby to the Parc yesterday, Saturday 15thSeptember.

In what turned out to be a physical, end-to-end try-fest the Scarlets came out on top scoring six tries to Benetton’s four, but the Italians pushed the Scarlets all the way in the third round clash. Three tries from the homeside in the final quarter were enough to secure the victory.

Speaking after the game head coach Pivac said; “It was a bit of déjà vu at times, thinking back to when we played them last year with them getting a red card and down to 14.

“We’re very happy to get five points. They’ll probably be feeling a little aggrieved that Leigh knocked over that sideline conversion to strip them of a second bonus point but from our end we’re pleased to get the five points, we’ll go away and review and look at areas we can improve.

“There was probably a hangover from last week, mentally. That’s something we’ve talked about in the week so that’s a box we haven’t ticked. It’s something we have to keep working on to make sure that we can back up those big performances (against Leinster) with better performances than the one tonight.

“We found it hard to get our rhythm I guess. We had to calm ourselves down in the second half and Ken did a very good job of that on the field.

“I thought we controlled the latter part of the game well, If we had have done that throughout the match it would have been a different ball game.

“You have to give them credit (Benetton) for how they played. That’s two years in a row now they’ve done that to us. They’re an improving side definitely.”

With a final score of 38-29 Scarlets took five points from the victory and ensured that Benetton didn’t get the second bonus point for finishing with seven points.

The Scarlets will take on Connacht, at Galway’s Sportsground, on Saturday 22ndSeptember before returning to Parc y Scarlets on Saturday 29thSeptember welcoming South Africans Southern Kings.