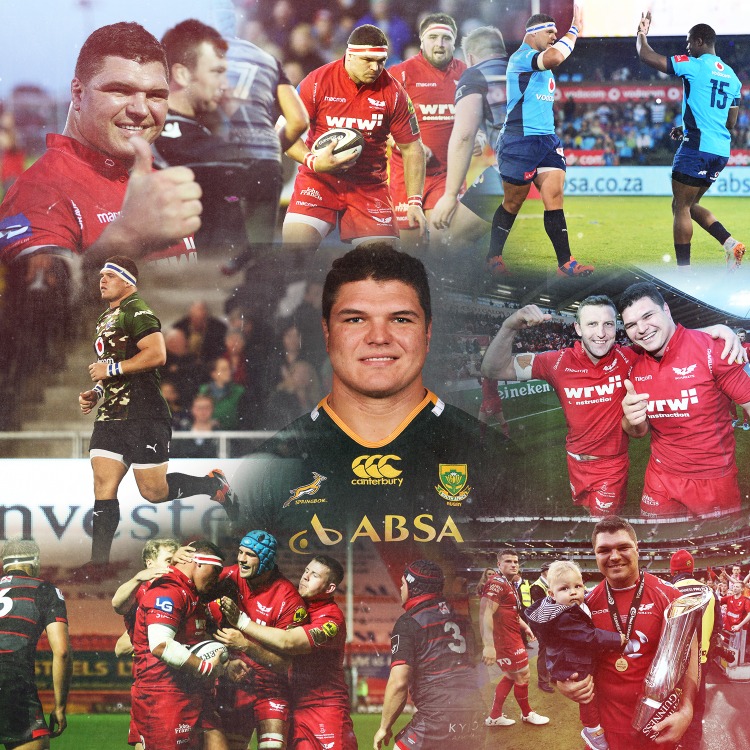 Werner Kruger will retire from rugby at the end of the season, bringing the curtain down on a remarkable 16-year career.

The South African international prop has made more than a century of appearances for the Blue Bulls province, Bulls Super Rugby side and also the Scarlets, having been a key member of the squad since his arrival in West Wales five years ago.

Capped four times by the Springboks, Werner has made 122 appearances in a Scarlets jersey and was part of the squad that clinched the Guinness PRO12 title in stunning fashion in 2017.

Werner turned 36 earlier this month and admits the time is right to hang up his playing boots.

“You hear the statement ‘you know when you know’ and you never really understand until it comes across your path,” he said.

“I feel very privileged and very blessed to have been able to have played this game that we love for the past 16-plus years.

“Rugby has been a passion of mine from being a young kid growing up, dreaming of playing for the Springboks and it has been a real privilege to have played for so long.

“All glory to my Lord and Saviour, Jesus Christ for giving me the ability and keeping my body, mind and spirit whole. When you are in it you don’t really realise the sense of achievement going from game to game; when you are at the end and take stock you feel really grateful to have been able to play as many games as I have.

“A special thank you to my family for their unwavering support and commitment.”

Werner made his Scarlets debut in 2016 after signing from the Pretoria-based Bulls.

“It could not have started better for me, going on that winning run and then winning the title in Dublin against Munster. That entire season is a massive highlight for me. The La Rochelle European quarter-final and seeing Parc y Scarlets packed out was also something special.

“I have loved every minute of my time here. I just want to say a thank you to the Scarlets family and the supporters who came out week after week; and even now supporting from home, each and every one of them has made our time here as a family extra special. To every one of my coaches, team-mates, opponents, management, medical teams, supporters, sponsors, from the start of my career, thank you. You have all played a massive part in my career and growth and I will always be grateful for that.

“I have been privileged in my career to have been involved in some great squads. Winning two Super Rugby finals back-to-back with the Bulls was a massive honour and of course representing the Springboks and making my debut against Australia in Sydney is something I will never forget.”

Werner will head back to South Africa at the end of this season, taking with him that PRO12 winners’ medal and fond memories of his time in West Wales.

So what is planned next?

“I am a financial planner so I will pick that up and see where my opportunities arise and hopefully there will also be some doors back in the game that can open. I would like to stay involved in some form. A few more hours on the golf course will also be nice!”

Scarlets head coach Glenn Delaney said: “To make more than a century of appearances in the Currie Cup, Super Rugby and with the Scarlets is an incredible achievement and testament to Werner’s professionalism and the way he approaches his rugby. He is a role model for any young player coming into the game.

“All of us involved with the Scarlets would like to congratulate Werner on a wonderful career and I’m sure he still has a few more games left in him before he returns to South Africa at the end of the season.”