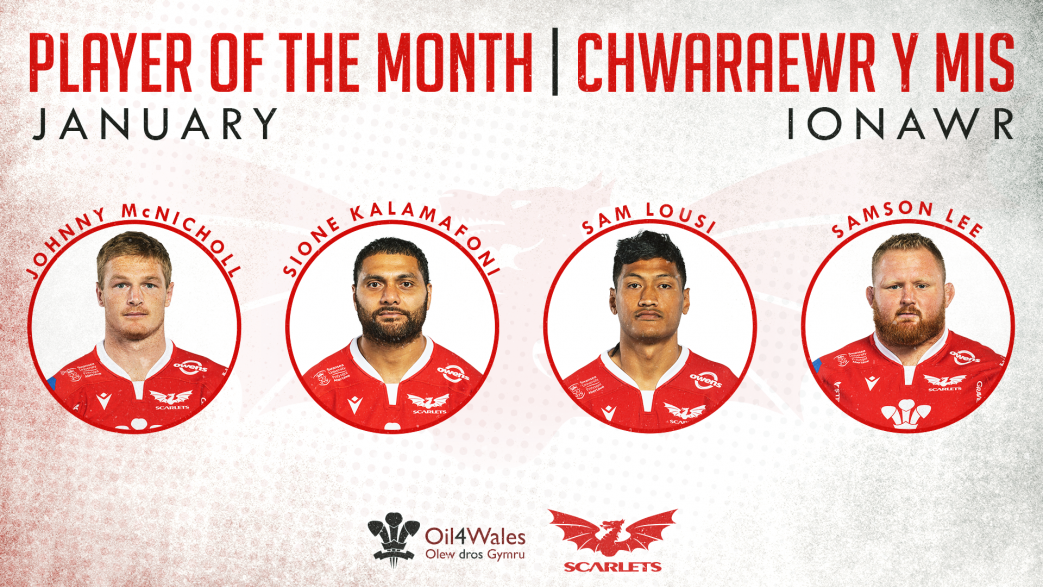 After a couple of months devoid of action, January has provided fans with a welcome return to live rugby and it’s now time to vote for your Oil 4 Wales Scarlets supporters player of the month.

The January award takes in the New Year’s Day win over the Ospreys, the European clashes against Bordeaux-Begles and Bristol Bears and the battling defeat to Ulster in Belfast.

You, the fans, will be voting on who comes out on top and here are the four contenders

The Tongan international has been ever present throughout the month delivering some trademark magical off-loads in the win over the Ospreys and providing a towering presence in the tight and loose.

One of Wales’ form players heading into the opening round of the Six Nations Championship. Has sizzled on the wing (scoring two tries against the Ospreys) and at full-back with his elusive running and off-loading prowess.

Like Sam, could have come away with the official man-of-the-match award against the Ospreys and has been his typical ferocious self in the three losses that have followed. Scarlets’ top carrier in all four games.

The experienced international tight-head has shrugged off injury to put in some powerful displays at the heart of the Scarlets pack. Has anchored the Scarlets scrum and crossed for his side’s opening try of the match against Ulster.

You can vote for your Oil 4 Wales player of the month by going to our official Scarlets Twitter feed.

The winner will be announced at the end of the week!