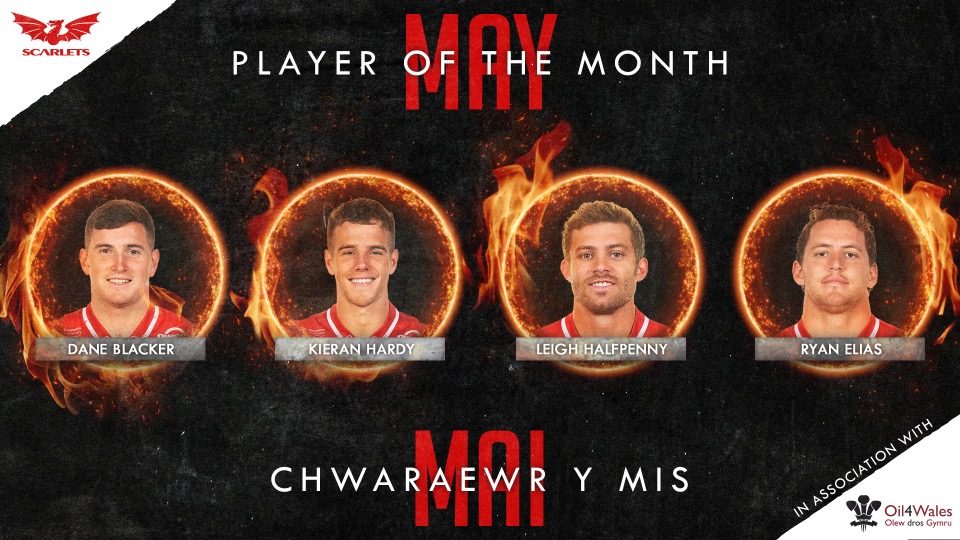 It’s time for you to vote for your Oil 4 Wales Scarlets supporters player of the month for May.

Scarlets kicked off the month by completing the seasonal double over the Ospreys in a convincing derby win, but were then denied a remarkable comeback victory over Cardiff Blues, going down to a 29-28 defeat.

We were due to take on Ulster in Belfast last weekend in our fourth game of the Rainbow Cup, but the match was unfortunately cancelled because of Covid-19 cases in the home camp.

Here are the players in line for this month’s award

The scrum-half was a convincing winner of the April award and has continued his fine form, crossing for a try double against the Blues to take his try tally for the season to nine.

One of our most consistent performers over the last couple of months, the Wales hooker has been impressive since returning from Six Nations duty and led from the front against Cardiff.

An assured tactical display against the Ospreys earned the Wales international scrum-half the man-of-the-match medal in that match.

The experienced Wales and Lions international has underlined his status as one of the game’s leading goalkickers. Played a huge role in the win over the Ospreys.