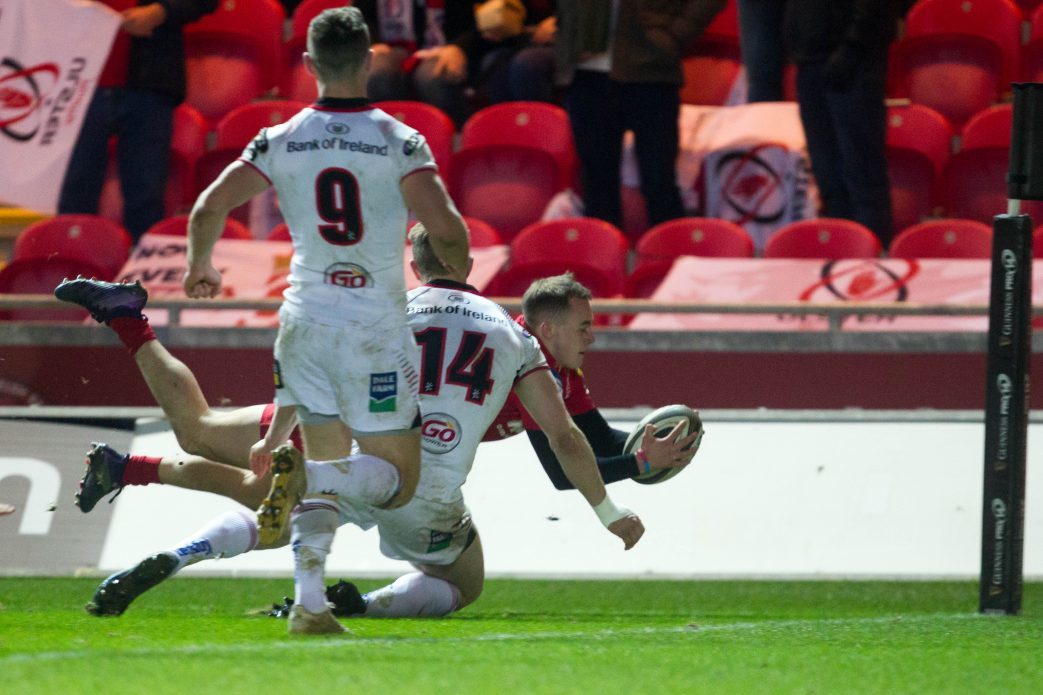 Scarlets head coach Wayne Pivac said that the Scarlets achieved everything they wanted to achieve in the Guinness PRO14 clash against Ulster at Parc y Scarlets on Saturday evening.

A bonus point victory over a strong Ulster side keeps Scarlets’ hopes of finishing top of Conference B alive with a mouthwatering top of the table clash, against Leinster, taking place at the Parc next weekend.

Only three points adrift of leaders Leinster a victory in front of a home crowd on Saturday will put the Scarlets firmly back in the driving seat as we head to the business end of the season.

Commenting on the four-try victory over Ulster Pivac said; “We’re very, very pleased to get not only the win but the bonus point. That bonus point tonight was very much a bonus for us!

“I’m very pleased for the young guys that played. The back three was fairly inexperienced as a combination and I thought they handled the occasion really well.

“To see Ryan Conbeer come on and score a try like that on his Guinness PRO14 debut was pretty special, he’s got a big future in the game.”

After two defeats on the road in the championship the Scarlets secured a much-needed victory to keep the chase on Leinster.

Pivac went on to say; “Everything we wanted to do tonight we achieved. After gifting them a try in the first half I thought our boys stayed in the arm-wrestle well and our discipline was good. It’s a massive big tick for this group.

“It was a huge team effort. We knew we had to get our defence right. We competed well in most aspects of the game. The drive and scrum in the second half worked well and the boys that came on did well.”

Looking ahead to next week’s opposition he said; “Leinster have a pretty good run in. Making play-offs is the goal, we’re in the two competitions for the first time and there’s going to be no rest. We have to make sure we selected a squad each week with the bigger picture in mind. It was a massive result for us in the PRO14.

“Technically we’re still in the race with Leinster for the 1st spot but first and foremost for us is getting a spot in the top three. We really want a spot in the top two. We’re happy to have got that result, we’ll look forward to Leinster next week, another home game.”