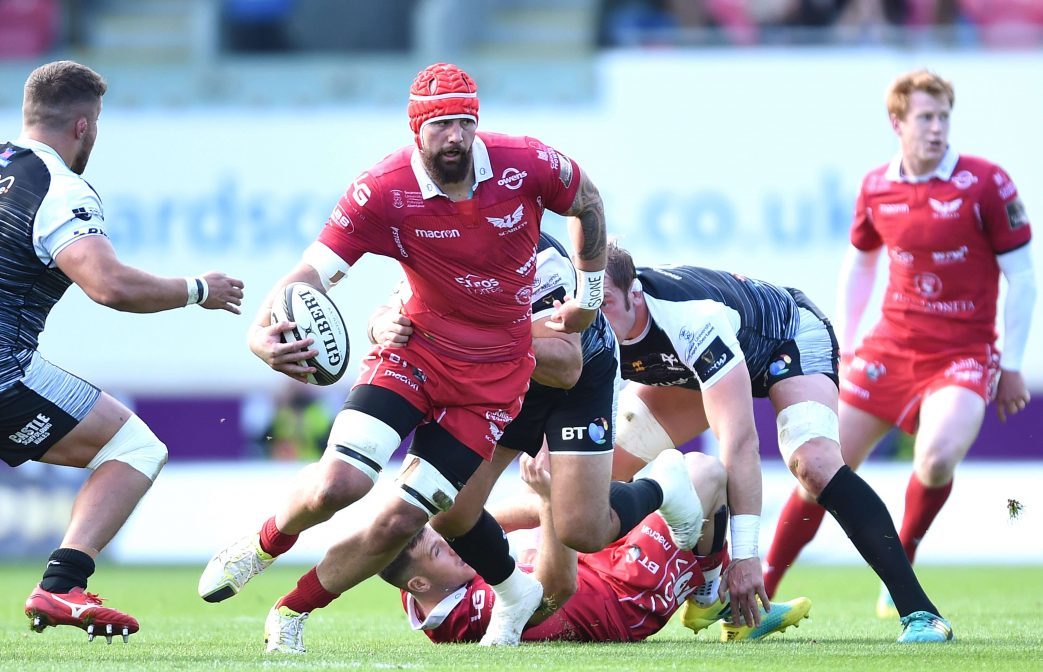 Blade Thomson has become the latest Scarlets player to be selected for this year’s Rugby World Cup in Japan.

The former Hurricanes back-rower has been named in Scotland’s 31-man squad for the tournament, which kicks off later this month.

Blade, who arrived in Llanelli before the start of last season, made his Test debut for the Scots in their win over France at Murrayfield in August.

Born in Auckland, he qualifies for Gregor Townsend’s side through his paternal grandfather.

Blade’s selection takes the Scarlets’ representation in the Far East up to 14 players.

Kieron Fonotia will be part of Samoa’s challenge, while new signing Sam Lousi – who will link up with the Scarlets after the World Cup – has been included in Tonga’s party.