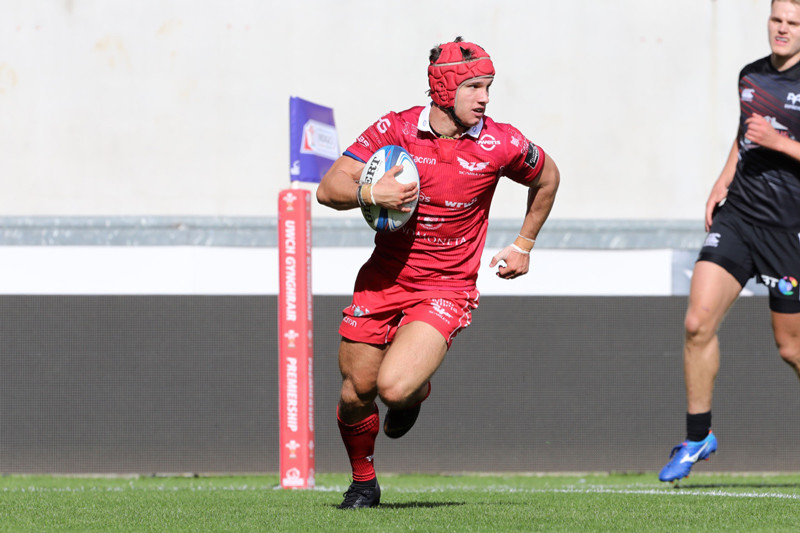 Scarlets A were denied a third successive Celtic Cup victory by a late Connacht surge at Corinthians RFC on Friday night.

The young visitors held a 16-12 lead in the second half only for the Irish province to end the match strongly and claim the spoils.

A much-changed Scarlets line-up had started impressively with fly-half Ioan Hughes kicking them into a 3-0 lead.

The Eagles responded strongly with scrum-half Peter Sullivan latching onto a kick through for the game’s first try, converted by fly-half Carty, but the Scarlets hit back in style.

Centre Osian Knott, who has enjoyed an excellent Celtic Cup campaign, made the break and slick hands saw No. 8 Lewys Millin put wing Harry Doel (pictured) over in the corner.

Hughes converted to make it 10-7 at half-time, then extended the Scarlets’ lead with another well-struck penalty.

But it was Connacht who asserted themselves as the swirling wind picked up in the second period.

Lock Cormac Daly thundered over for his side’s second try and although Hughes added another penalty, Connacht claimed their third try through replacement wing Diarmuid Kilgannen, with Carty sealing the win with a late penalty.