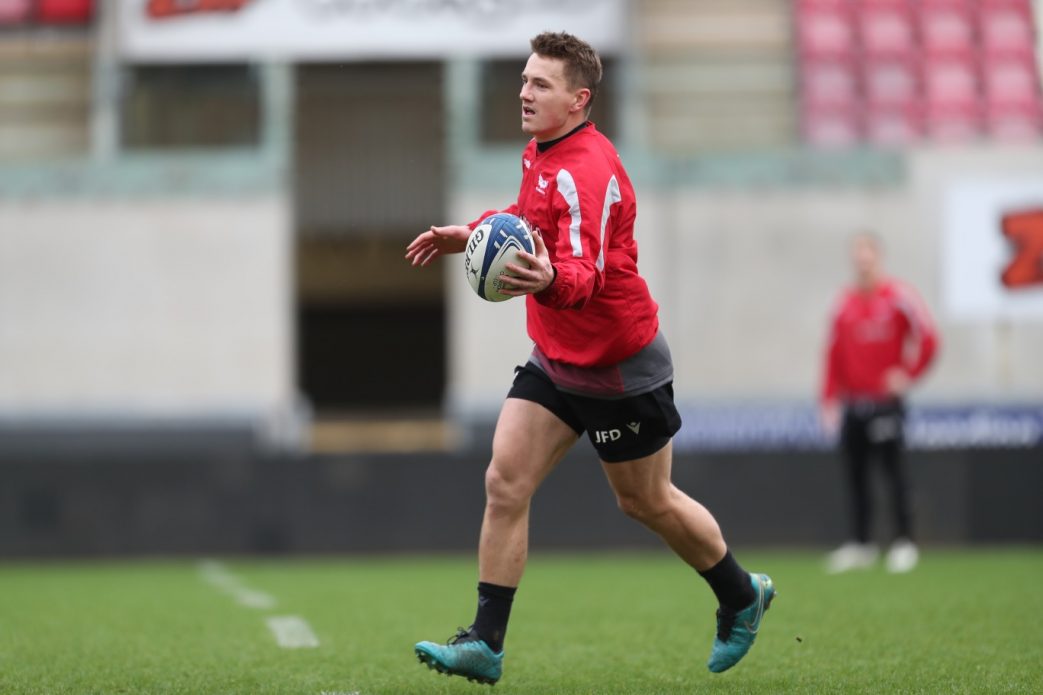 Jonathan Davies is well aware of what awaits at the Stade Chaban-Delmas on Sunday afternoon.

For so long one of the best supported sides in France, Bordeaux-Begles have emerged as the Top14 pacesetters this season with Christophe Urios’s team surging nine points clear of defending champions Toulouse courtesy of last weekend’s win at Brive.

There may not be 33,000 baying fans packed into the stands at their imposing home in the south west of France this weekend, but the challenge is not lost on the Scarlets captain, who has vivid memories of playing in Bordeaux during his two-year spell with Clermont Auvergne.

“It is a great place to play rugby,” said Davies speaking during the Scarlets press conference this week.

“It is always a great experience when you have the opportunity to play one of the best French teams; it won’t be full but there will be some fans there, there’ll be an atmosphere; It should be a great occasion and an exciting opportunity for us to keep building.”

Having not played in the Covid-hit opening two rounds of the Champions Cup, Sunday’s tie will be the Scarlets’ belated debut in the 2021-22 tournament and only their seventh match of a season punctuated by postponements.

“Frustrating is a mild term you could use to describe the last few months,” says Davies with a wry smile.

“Most athletes are creatures of habit. You have your little routines and when they get disjointed it is making sure you can adapt and overcome them. What we are learning is that we are adapting to all the situations as they are thrown at us.

“We are like Play-Doh, we can mould into any situation right now!!”

Scarlets and Bordeaux-Begles have only met twice in this competition, back in 1998-99 with with both sides coming away with a home win apiece.

Although shocked on their own patch by Leicester Tigers in round one, the French side have been the dominant force in their domestic competition this term and boast an impressive array of international players headed by Cameron Woki, Mathieu Jalibert, Ben Lam, Santiago Cordero and veteran Louis Picamoles.

“With the isolation in Belfast and then the home game (in round two) it feels like we have been preparing for Bordeaux for a long time. This squad is solely focused on going up against a very good team and getting a result,” adds Davies.

“The Champions Cup is where you go up against the best and you want to test yourself and see where you’re at. They are a big physical team, if we give them time on the ball they will hurt us. They have been one of the form teams in France and have threats over the park. For us, we need to be comfortable in that cauldron and make sure we impose ourselves on them and don’t allow them to have the rule of the roost.

“This is a big competition, you work hard through the league all season to qualify for it and this is our first crack at it on Sunday.

“We have got two points from the (cancelled) home game against Bordeaux. If we get two wins from these next two games we might be in the conversation. I don’t know how the tables look, but our focus is to get two wins and see what happens, we can’t look any further than that.”.

Whether there will be spectators allowed in for that match depends on the next review by the Welsh Government and Davies is quick to acknowledge that the Scarlets faithful have been missed.

“It is absolutely terrible playing in front of no crowds,” he adds. “I have been fortunate to have played for a long time and you get that excitement and buzz from the crowds. We are lucky here at the Scarlets, we have great fans, not having them here and the opportunity to play in front of them, the boys hate it. Hopefully it will change and they can come back sooner rather than later.”