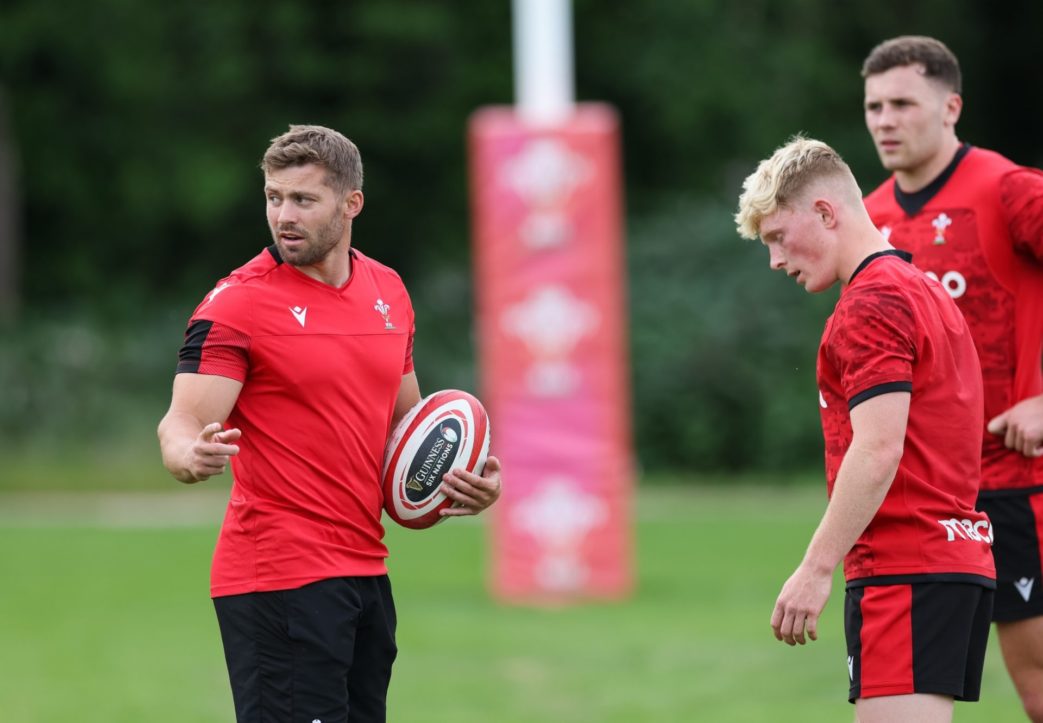 With 100 international caps already safely tucked away, there isn’t much left on the playing front for Leigh Halfpenny to achieve in his remarkable career.

Since making his debut for Wales as a teenager on the wing against South Africa in Cardiff in 2008, the quietly spoken ‘Penns’ has amassed 778 points for his country – only Stephen Jones (917) and mentor Neil Jenkins (1049) have scored more.

The points machine has picked up more awards and accolades than you can poke a stick at – Player of the Six Nations, International Player of the Year, breaking the Lions points record held by Jenkins when named man of the series against Australia in 2013 and Six Nations Grand Slams, are just for starters.

On the flip side Halfpenny is no stranger to adversity. He has shown courage and determination to come back from a series of career threatening injuries. Having already overcome a dislocated shoulder, a ruptured anterior cruciate knee ligament and serious thigh injury, a return to action with the Scarlets is now on the horizon as he is now nearing the end of an arduous rehabilitation programme after tearing his anterior cruciate ligament against Canada last July in Principality Stadium.

When it was revealed earlier this year that Halfpenny had been coaching the Wales U20 kickers, there were fears he had knocked his playing career on the head. Nothing could have been further from the truth.

Halfpenny was selected by WRU Performance Coach Manager Dan Clements as one of 10 players in 2019 for the inaugural Player to Coach programme, a WRU initiative that has gone from strength to strength since the initial cohort of Justin Tipuric, Brad Davies and James Hook. Recent iterations have seen Rhys Webb, Ben John and Scott Baldwin to name just a few build their coaching knowledge and experience and invest in their personal development.

One of the world’s leading goal-kickers jumped at the opportunity to join the course as he began contemplating what to do once he did decide to hang up his boots – something he stresses he is in no hurry to do just yet.

“Joining the Player to Coach programme for me was about looking ahead to the future and going into coaching is something I’m really interested in doing. It’s an excellent programme and I thoroughly enjoyed learning about all different aspects of coaching along with a great group of boys. he said.

Since beginning the programme three years ago, Halfpenny has worked closely with Clements and snapped up the opportunity of working with Wales Under 20 earlier this year when offered the chance.

“It’s been fantastic to work with Dan (Clements) throughout the process. We’d catch up on how the sessions have been going and he would set me tasks that would get me to reflect and think about what we’ve learnt on the programme and then challenge me to apply that on the field in my coaching sessions. Dan has been superb and has really helped with my development as a coach.

With the chaos the pandemic brought to the world, Halfpenny’s initial course work was classroom based via zoom calls due to the restrictions placed on socializing. So, when Clements invited him to coach the Wales U20s squad at the turn of the year, it was a no brainer for Halfpenny.

“I started at the beginning of January when the boys came in for their Six Nations campaign,” explained Halfpenny.

Wales U20 head coach Byron Hayward, team manager Andy Lloyd and Clements worked around Halfpenny’s rehab schedule to allow him to slot in whenever available. He worked with the kickers before or after training once or twice a week throughout the Six Nations and again this summer.

“I loved working with Byron and the coaching team, they were great in terms of allowing me to come in around my rehab schedule. They all made me feel so welcome and I learned so much from them by spending time with them in meetings, watching during sessions and having conversations with them, they were brilliant” he said.

“I learnt a lot from being in the environment, from working with the coaches to spending time with the analysts, the guys showed me how to code my sessions so I could watch the sessions back on the laptop and give feedback to the players,” he added.

“They have been a pleasure to work with, they are extremely hard working and a great group of guys. To be given the opportunity to be a part of the U20s and work with the team has been a huge honour and I’m extremely grateful for the opportunity.”

The likes of fly halves Josh Phillips of the Scarlets, Dan Edwards and back three players Cameron Winnett, Harri Houston and Iestyn Hopkins have soaked up Halfpenny’s knowledge like a sponge. Halfpenny believes the Player to Coach programme has provided him with the tools to deliver his messaging successfully.

“It has helped me learn about coaching and how I get the knowledge I’ve gained as a player across to the guys from the technical side of things as kickers – learning how guys learn differently. Some players may learn through visual means while others will learn from actually going through the process or both,” he explained.

“The boys have been outstanding, they have worked extremely hard, and I’ve thoroughly I’ve learned a lot working with them.

“I’ve enjoyed getting to know what works well for each of them as kickers with regards to their technique and routine, as well as building relationships with the boys and getting to know them.

“I don’t try and change too much with their kicking technique, I just try to give them little technical points that I think will help and I try to challenge them with different drills for both kicking out of hand and at goal and set them different competitions.

“For me it’s about the boys working hard and enjoying what they are doing. They have been a great group to work with – they are hugely talented.

“I have been extremely fortunate to have worked with Jenk since around the age of 16 when I was coming through the academy system.

“Jenks is one of the best that there has ever been, his record speaks for itself and I feel very lucky to have been able to learn from him over the years and continue to learn from him, it’s been an absolute privilege. He’s taught me a huge amount, he’s world class and such a great bloke, I can’t speak highly enough of him really. He’s had a huge impact on my career and I’m extremely grateful for everything Jenks has done for me.

“To be in a position to be able to pass on the knowledge and work I’ve done with Jenks to the boys is a huge honour and if I can help make a small impact on their development, then it has all been worthwhile.”

Halfpenny has always let his actions speak for him so how does someone perceived as an introvert get his message across?

“I just try and be myself really – the biggest thing for me was building those relationships with the players and I tried to build those by being myself and pass on what I have learned throughout my career working with Jenks and the knowledge I’ve gained throughout the coaching process.

“I’ve been more involved in the technical aspect of their kicking game which I’ve really enjoyed coaching. You’re able to spend time with the players, get to know them, understand their techniques and their thought processes and try to help them in any way really.

“The impact working with Jenks had on me when coming through was massive and if I can help them in any way I can from a kicking point of view I’m happy to do so.”

Recovering from a serious injury can be a major setback physically and mentally for players but that hasn’t been an issue for the 33-year-old.

“I’m hugely grateful to Dan and Byron to have the opportunity to come in and develop my coaching whilst being injured.” he said.

“I’ve absolutely loved it and I’m excited to watch the boys play over in Italy and look forward to following their careers. Coaching has kept me stimulated and particularly the kicking side has kept my mind engaged with regards to technique and that side of things, so when I get back kicking hopefully it won’t feel like I’ve been away from it for as long as I have.”

For now, the Gorseinon product is ramping up his rehab as he targets a return to action with the Scarlets.

“I’ve loved the coaching this season and whilst I’ve loved doing it, the rehab is now ramping up. It’s been an amazing experience and I’m really thankful for the opportunity to work with the Wales U20s. It’s given me a real insight into coaching and it’s definitely something I would like to pursue after I finish playing.”