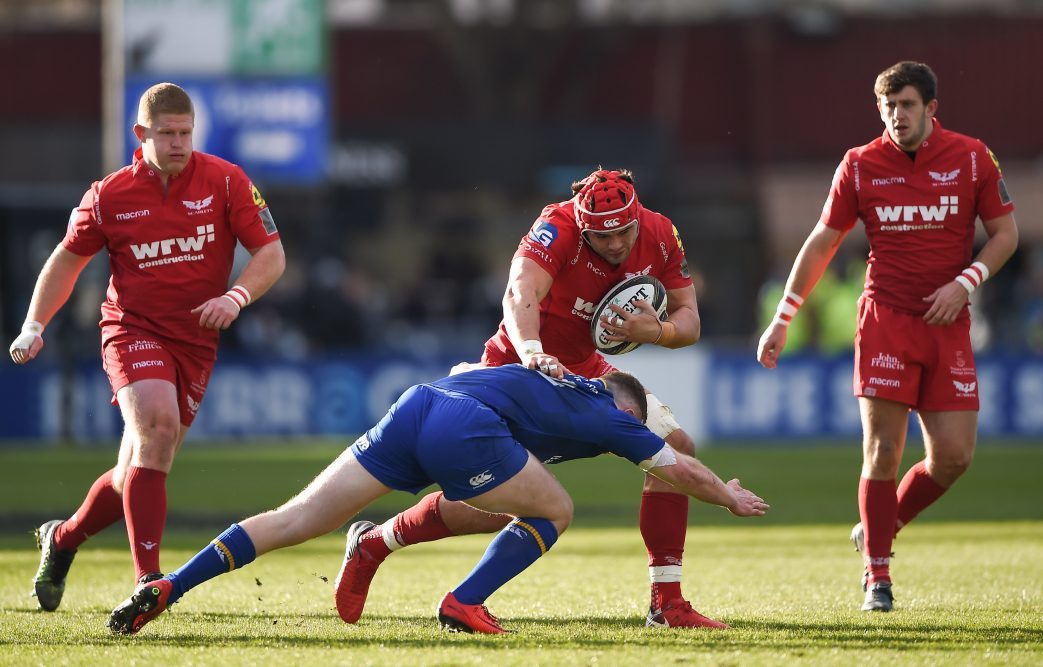 A fourteen-man Scarlets side secured a losing bonus point at the RDS on Saturday night after ensuring a much improved performance from last week’s disappointing defeat to Benetton.

An early try from fullback Johnny Mcnicholl forced him off the field with a shoulder injury with winger Tom Prydie’s injury ten minutes from time forcing Scarlets to play the remainder of the game with fourteen men.

Speaking after the game Scarlets head coach Wayne Pivac was not only pleased with the improved performance but with how his side showed plenty of determination to keep battling to the final seconds and secure the losing bonus point in the final minute of play.

He said; “For us, it was a big step up and a big improvement on last week’s performance. To hold them scoreless after that try just after half time was very pleasing.

“I thought the decision-making between carrying hard and offloading was a lot better. We managed the territory a lot better than last week and as a result we were in a position to score some points, keep in touch with Leinster and ultimately get that point.

“It was pleasing for the subs that came on at the end to scrum so well and give us that opportunity to get the point. It was fourteen men against fifteen, we knew we weren’t going to go around them so it was a matter of taking the points anyway we could. The message was to go for the scrum penalty and the boys were doing that anyway.

“They did it and Dan held his nerve and got us the bonus point. I think that point at the end of the day could be crucial for us.”

Mcnicholl and Prydie are among those that will be reassessed by the medical team on Monday. Pivac went on to say; “The depth is certainly being tested, more so than ever before. I’m very pleased with the performance that these guys put out there today.”