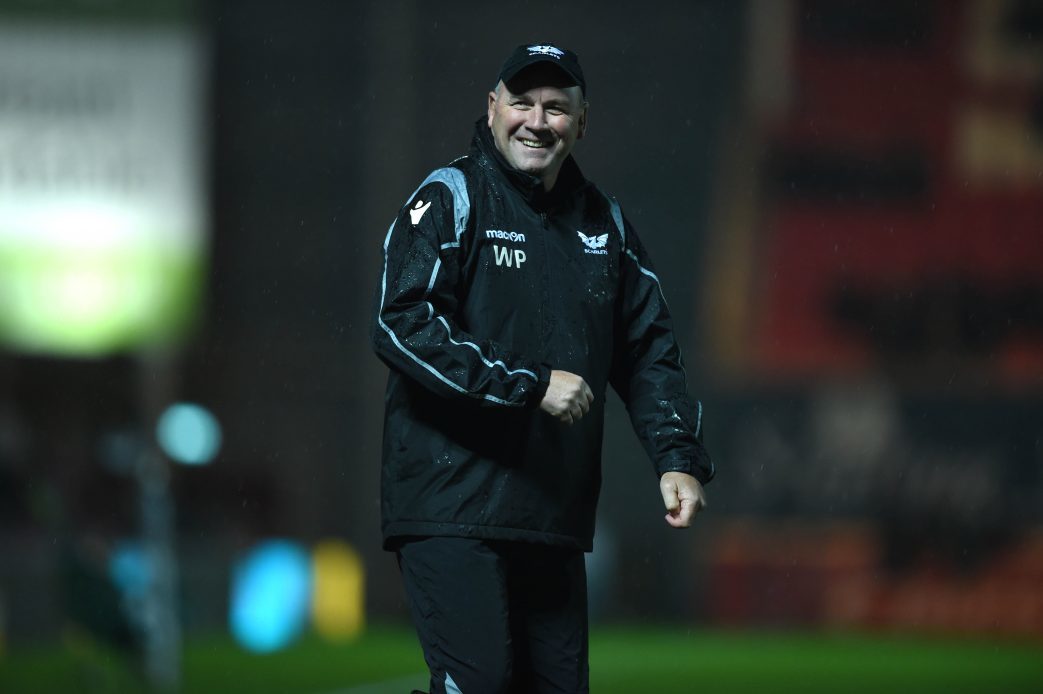 With an 82nd minute try over regional rivals Ospreys the Scarlets secured the comebacks of all comebacks taking the victory from the jaws of defeat.

Replacement back rower Josh Macleod showed great composure, determination and skill to get not only gather and control the ball from Scott Williams’ cross-field kick in terrible conditions but also managed to control his feet and hold his balance to storm across the whitewash to clinch the victory.

Leigh Halfpenny’s successful conversion brought the final score to 12-9 with Scarlets claiming four points and maintaining their top of the table spot.

Speaking after the game head coach Wayne Pivac said; “I thought that all of the substitutions that came on did very, very, well. We had a fresh front row on facing that last big scrum and in managing to turn that ball over gave us that last opportunity to attack. From there we just saw some great composure and great skill.

“It was a great kick form Scotty and Josh, well for a young guy out on the wing there, it was a great finish!

“We’re obviously very relieved to have secured that result after going down to 14 men so early in the game.”

The Scarlets faced a similar situation in the Guinness PRO12 semi final last May when winger Steff Evans was shown a red card before the half time whistle.

Reflecting on his side’s composure Pivac went on to say; “We’ve been in that situation before, in Leinster against a quality side, and we drew down on that at half time. These conditions made it a lot easier to defend 14 on 15. We didn’t panic at all, it was really just getting organised to when Cubby would be on scrums and when he’d be out on the wing. I thought he did that role superbly again. It was really just about playing the territory.

“We were expecting an arm wrestle today and that’s how it turned out. It is nice to know that collectively as a group the players have the desire to keep at it at the death. Having said that we hope to improve our performances going forward obviously.”

Scarlets are two points clear of Leinster at the top of Conference B but Pivac is acutely aware of how quickly things can change and is keeping his feet firmly on the ground. He said; “It’s still very early days, we’re only at the half way stage so we’re not going to get carried away with ourselves! There’s a long way to go and we’re in a tough pool. We’re pleased that our boys are hanging tough and the self-belief is there and they showed that tonight.”

Scarlets take on Cardiff Blues at the Arms Park on Sunday 31st December before returning home to Parc y Scarlets on Friday 5th January to take on Dragons.

Tickets for Scarlets v Dragons are available now at eticketing.co.uk/scarletsrugby.

All Scarlets season ticket holders are entitled to two free tickets to encourage friends and family to enjoy the Parc y Scarlets matchday experience. To claim yours simply call the ticket office on 01554 29 29 39 (open until 5pm Friday 29th December and will re-open at 9am Tuesday 2nd January).