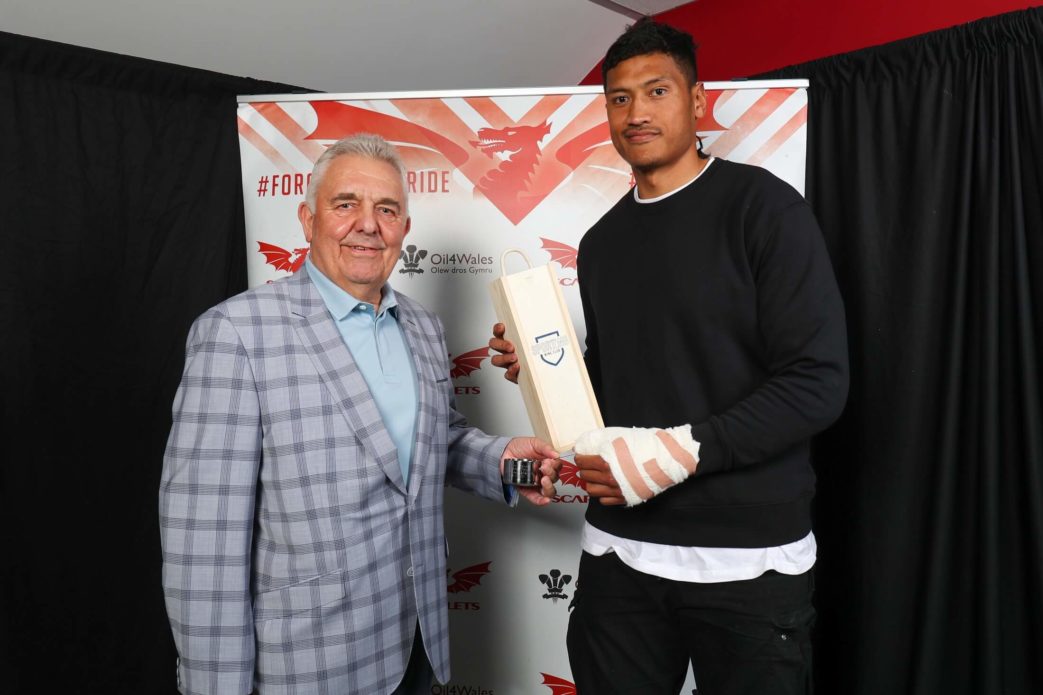 Sam Lousi scooped an awards double at our end-of-season awards at Parc y Scarlets on Sunday.

The Taylor Facilities Breakthrough Player of the Season went to Sam Costelow, while Ryan Conbeer’s hat-trick score against the Ospreys was voted by the fans as HST Marine Try of the Season.

The Clubperson of the Season award, sponsored by Dyfed Steel, went to the Scarlets groundstaff.

There was also a special send off to the players and staff leaving the Scarlets for pastures new and a presentation of British & Irish Lions caps to Ken Owens, Wyn Jones, Liam Williams and Gareth Davies who were part of the 2021 tour party to South Africa.