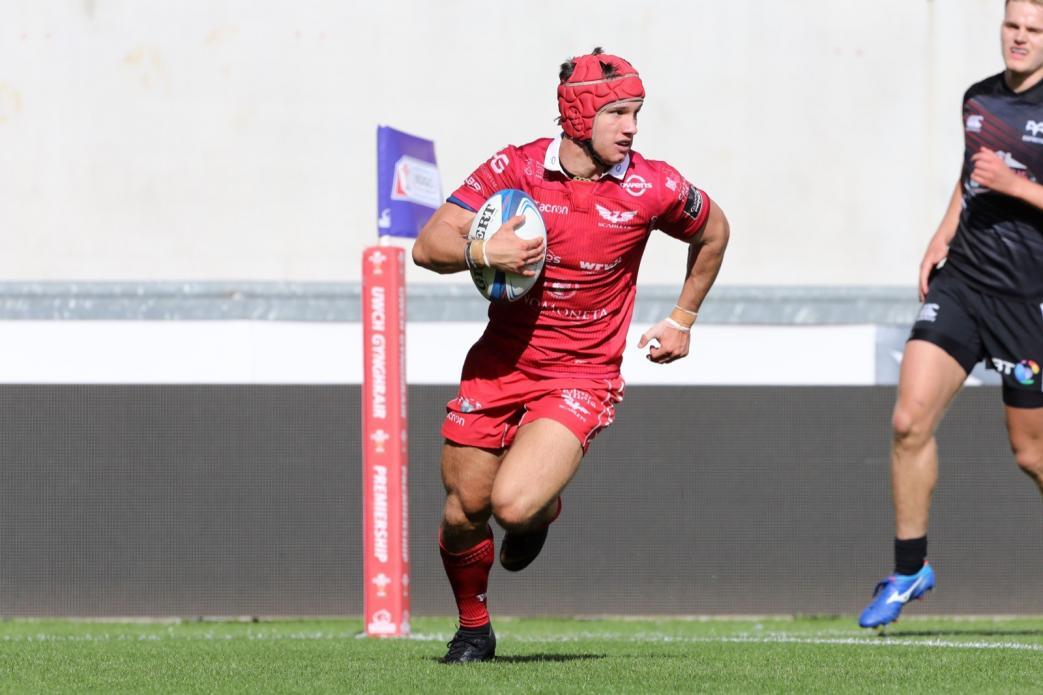 The Scarlets  A turned on the style to claim a 55-14 eight-try derby victory over the Ospreys Development side in their Celtic Cup clash at Parc y Scarlets.

After two defeats in the competition, the Scarlets produced a dominant display from the opening whistle, putting their opponents to the sword.

With their powerful scrum on top throughout, the Scarlets took command early on and were rewarded when skipper Shaun Evans drove over from short range after just four minutes. Fly-half Ioan Hughes, who had a fine day with the boot, added the conversion and a penalty before prop Steff Thomas added a second score.

And after exerting more pressure on the Ospreys line, scrum-half Dafydd Land pounced, getting his hand on a loose ball.

A touchline scuffle then led to a yellow card for Thomas and a red for opposite number Jordan Walters.

Trailing 24-0 at the break, the Ospreys struck straight after the restart when centre Callum Carson finished off a counter attack, but the Scarlets hit back strongly when impressive prop Javan Sebastian crossed for a deserved score.

Replacement Aron Hemmings added another on 64 minutes, touching down at the posts after a  superb attack started by the dangerous Lewis and it wasn’t long before wing Harri Doel crossed for another.

More scrum power from the home eight saw Jac Morgan pounce for try number seven and although replacement Cameron Lewis snaffled an interception for the Ospreys, the Scarlets finished the game with a flourish as Doel raced over for his second.

“I am delighted, the most pleasing thing is seeing our young players stand up and perform. They are our future Scarlets and they were excellent today,” said head coach Richard Kelly.

“We had dominance up front in terms of our set piece and played some great rugby.

“If you look at how Brad Mooar wants to play the game with the senior side, we are looking to follow in the same direction in terms of that free-flowing rugby which we saw today.

“It is also always nice to win a derby and the boys now have a chance to back up this performance against the Dragons next Saturday.”