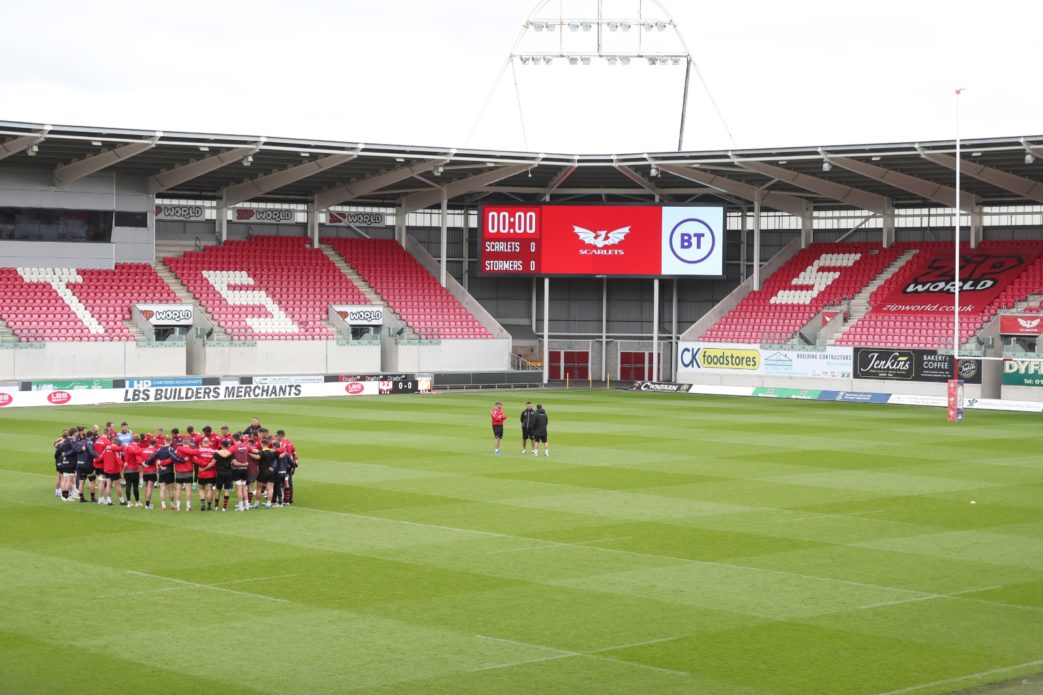 Tom Rogers and Liam Williams return from injury for the Scarlets final game of the URC season against DHL Stormers on Saturday (17:10; S4C & Premier Sports).

Rogers has recovered from an ankle injury and lines up at full-back, while Williams – one of seven Scarlets named in the Wales squad to tour South Africa – has overcome a hamstring issue and is selected on the right wing.

Ryan Conbeer lines up on the left wing to make up a potent attacking back three.

There are three changes in the pack following the defeat to the Ospreys last time out.

Ryan Elias is sidelined with an Achilles issue so Shaun Evans comes in at hooker and packs down alongside Steff Thomas and Javan Sebastian.

Second row Sam Lousi is ruled out after undergoing surgery on a damaged thumb and is replaced by Tom Price, who partners Jac Price in the second row.

In the back row, Aaron Shingler comes in at blindside with Josh Macleod switching to openside flanker. Sione Kalamafoni continues at No. 8.

Phil Price and Joe Roberts come onto the bench.

If the Scarlets manage more match points than the Ospreys – who take on Vodacom Bulls in Swansea on Friday night – they will lift the Welsh Shield and secure Champions Cup qualification for next season.

Scarlets head coach Dwayne Peel said: “One of our goals is to be top of the Welsh Shield and we have got that to play for this weekend. It is slightly out of our hands with Ospreys playing on Friday, but we have prepped for having to win this game. We realise we have a difficult proposition in the Stormers coming to town, it is going to be a tough game, but one we are relishing.”