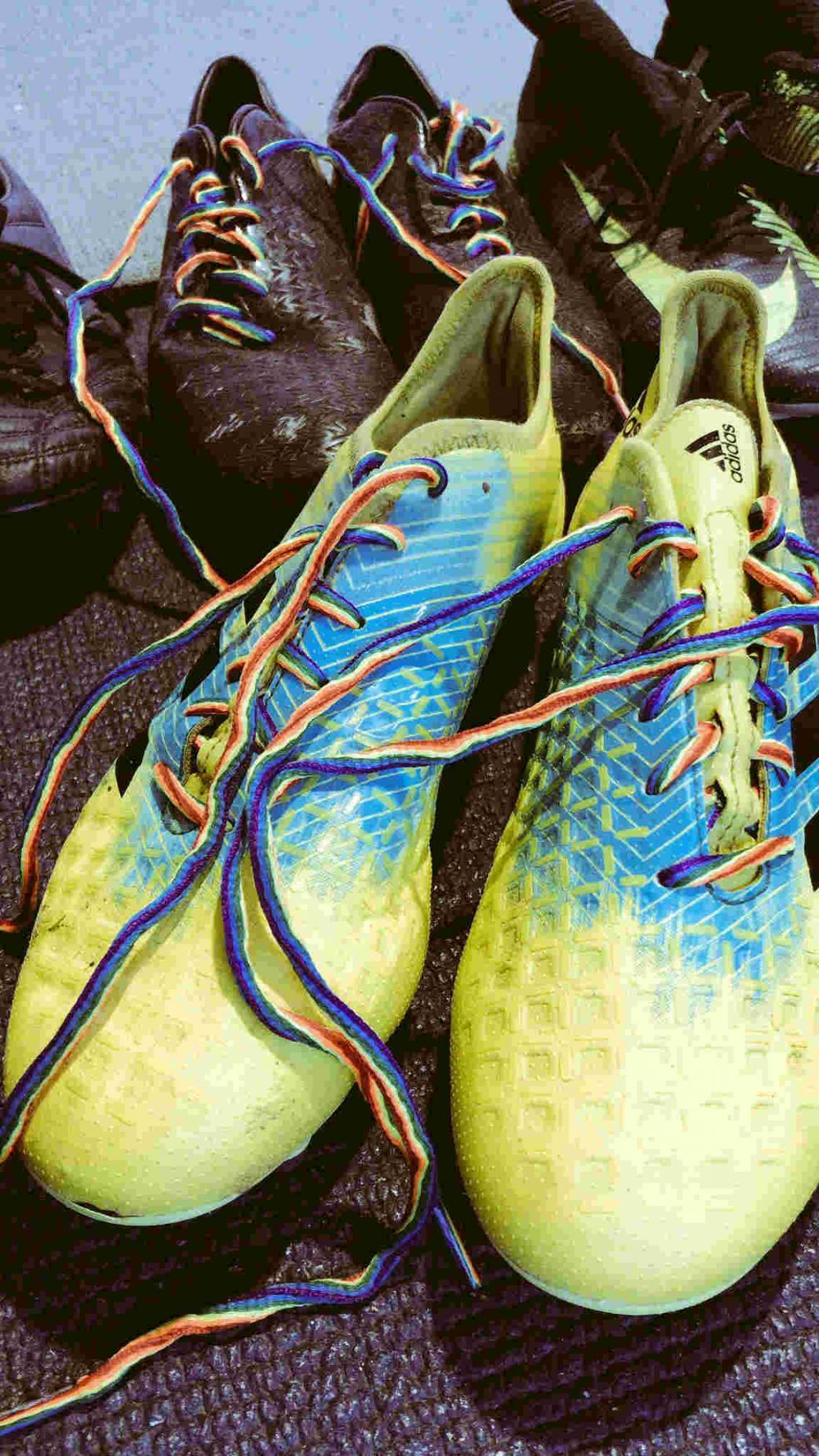 Thousands of fans and athletes are lacing up this month for LGBT equality in sport as part of Stonewall’s award-winning Rainbow Laces campaign.

The campaign is made possible by the TeamPride coalition, a group of corporates and organisations committed to making sport everyone’s game.

Since its launch in 2013, Rainbow Laces has become a fixture in the sports calendar.

It has proved so popular that this year the campaign period has been extended to three weeks, kicking off on Saturday 17 Novemberand ending on Friday 7 December,to enable more sports to take part.

Rainbow Laces has been adopted by everyone from darts to wheelchair rugby and cricket and this year Stonewall and TeamPride were awarded Campaign of the Year at the BT Sport Industry Awards, with judges citing the unique partnership as a deciding factor.

Midway through this year’s campaign, on Wednesday 28 November,thousands of fans are expected to take part in a mass lace up in a nationwide show of support for LGBT people in sport.

For this year’s campaign Stonewall is challenging fans and athletes to be ‘active allies’ and to play their part in ensuring LGBT people feel included in sport.

The charity has released a set of top tips on what people can do to promote LGBT equality, including how to identify abusive language, how to effectively challenge abuse and how to report, both on and off the pitch.

Working alongside Stonewall, TeamPride brings together organisations from diverse sectors to find ways of ensuring lesbian, gay, bi and trans people feel included and welcome in UK sports. ASOS, the online fashion and cosmetic retailer, are the latest organisation to join.