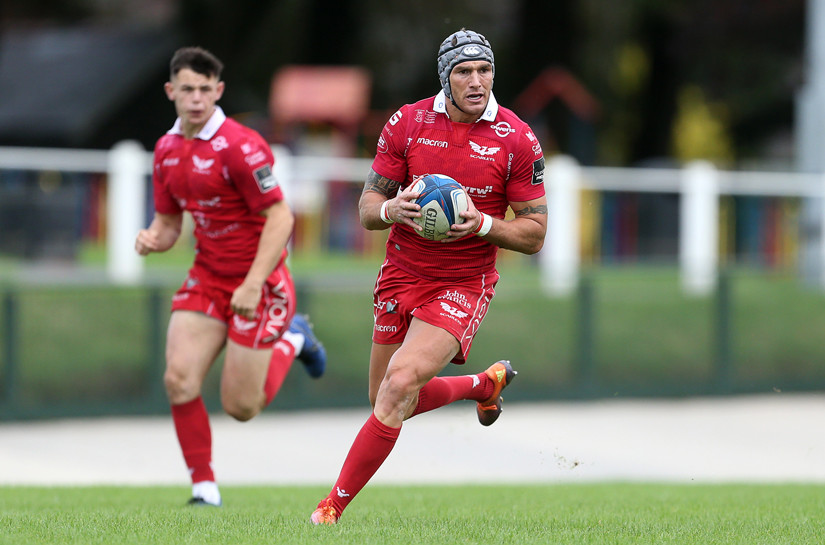 Wing Tom James will make his Guinness PRO14 debut for the Scarlets in Friday’s round two clash with Glasgow Warriors at Scotstoun (7.35pm kick-off).

The experienced Wales international, who moved from Cardiff Blues in the summer, was outstanding for the Scarlets A team in last weekend’s Celtic Cup win over Munster, scoring a try and having a hand in a number of others in the 46-28 victory.

James replaces Ryan Conbeer out wide as the lone change to the team that dug deep to see off Connacht at a rain-soaked Parc y Scarlets in round one.

The 32-year-old makes up a back three that also includes Johnny McNicholl and Wales international wing Steff Evans.

Steff Hughes again leads the side and partners Paul Asquith in midfield. Asquith, the former Australia 7s player, will make his 50th appearance for the Scarlets.

Dan Jones and Kieran Hardy, among 12 home-grown players in the match-day 23, combine at half-back, while the pack and bench is retained en bloc.

“It was a great win for us against Connacht and It is important now that we keep improving week by week,” said Scarlets backs coach Dai Flanagan.

“We have some tough games coming up, starting on Friday evening against Glasgow.