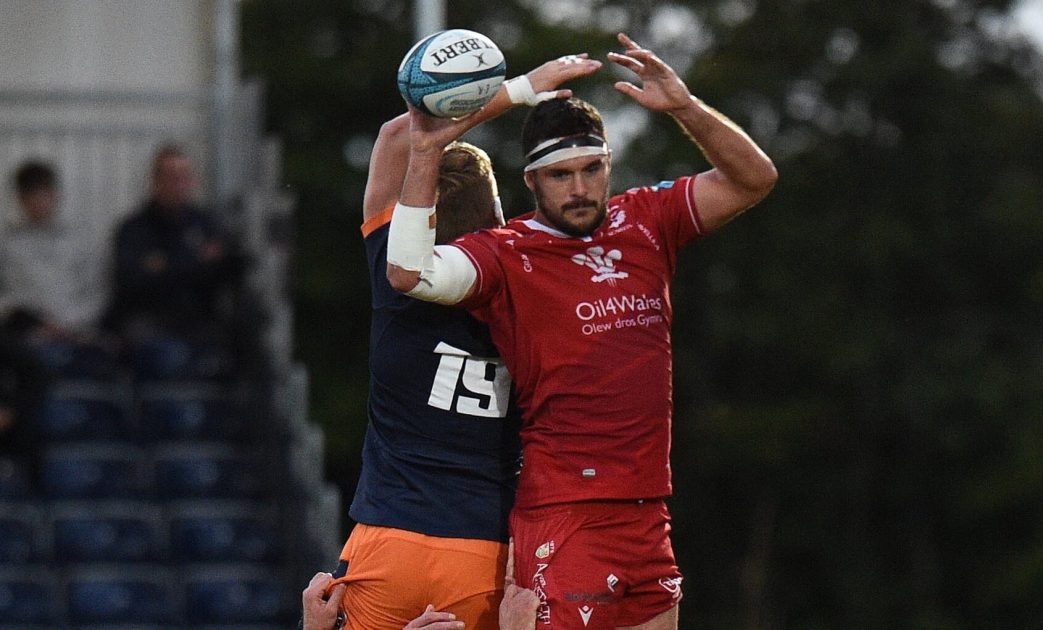 Tom Price admits he is desperate to get on a rugby field again after being unable to cross the whitewash for an agonising 12 weeks.

The Scarlets second row is hoping to take out 83 days of frustration when he hits his first ruck in the derby against the Ospreys on New Year’s Day – a clash that is live on S4C.

Price admits he is praying for the turn of the year to bring about a change in his fortunes after his region suffered five successive postponements because of Covid outbreaks, including their ill-fated trip to South Africa.

The 28-year-old – who returned to Llanelli this season after two years with Exeter Chiefs – last played on October 10 in the Scarlets’ defeat to Munster.

“Everyone is just excited to play again,” says Price.

“It’s been so long. My last game was almost 12 weeks ago. There’s been so much uncertainty, so much frustration. It’s been tough.”

Price injured his calf against Munster, meaning he was sidelined for five weeks, but was then pencilled in to make his comeback against the Sharks in Durban on November 27.

That trip has since passed into infamous rugby history, with the Scarlets and Cardiff forced into a two-week isolation because of the Omicron variant, followed, for the Scarlets, by a further 10 days of quarantine in Belfast.

The region were forced to hand a walkover to Bristol in their Heineken Champions Cup tie and neither they, nor Price, have laced up their boots since.

“It was two weeks in South Africa and then 10 days in Northern Ireland, which was hard, to say the least.

“I struggled with the uncertainty in South Africa. I was reading stuff online and getting messages from back home but I had no idea what was happening.

“You’re okay for a couple of days, but you start to struggle by day three or four. But the club were very good in keeping us on task.

“We had equipment delivered to the hotel and a few Zoom calls with famous people, which was good. But everyone was really excited to get back on the bus.”

Since then, the Scarlets players have trained hard for each fixture, prepared for and analysed the opposition, only to be left hanging on with no physical release for those pent up emotions.

Like the rest of the squad, Price was having his Christmas Day light lunch when the news came through that their Boxing Day match against Cardiff would not be happening.

“It takes its toll when you prepare for a game and then get told the night before that the game is off,” he says..

“It has been so frustrating. You can do all the preparation you like, but as a rugby player you need to play rugby.

“The thing that has stood out for me has been the complete uncertainty around games. That has been quite tough.”

With both West Wales rivals appearing to have come through their latest rounds of testing with sufficient players available, Welsh rugby seems to have preserved at least one of its prized festive fixtures.

There will, however, be no bumper crowd at Parc y Scarlets due to Welsh Government restrictions.

“It will be weird playing again without fans – especially when they are playing in front of big crowds in England,” adds Price.

“But once kick-off comes, everyone will be flying into it.

“The Ospreys play a simple game plan but they have quality throughout their side.

“It will be a good battle and probably hammering down with rain, but I can’t wait.”